A Year of Inconvenience
For one year, I'm making everything from scratch and forgoing convenience foods. Join me on my journey! By Pam Mehnert on March 29, 2011 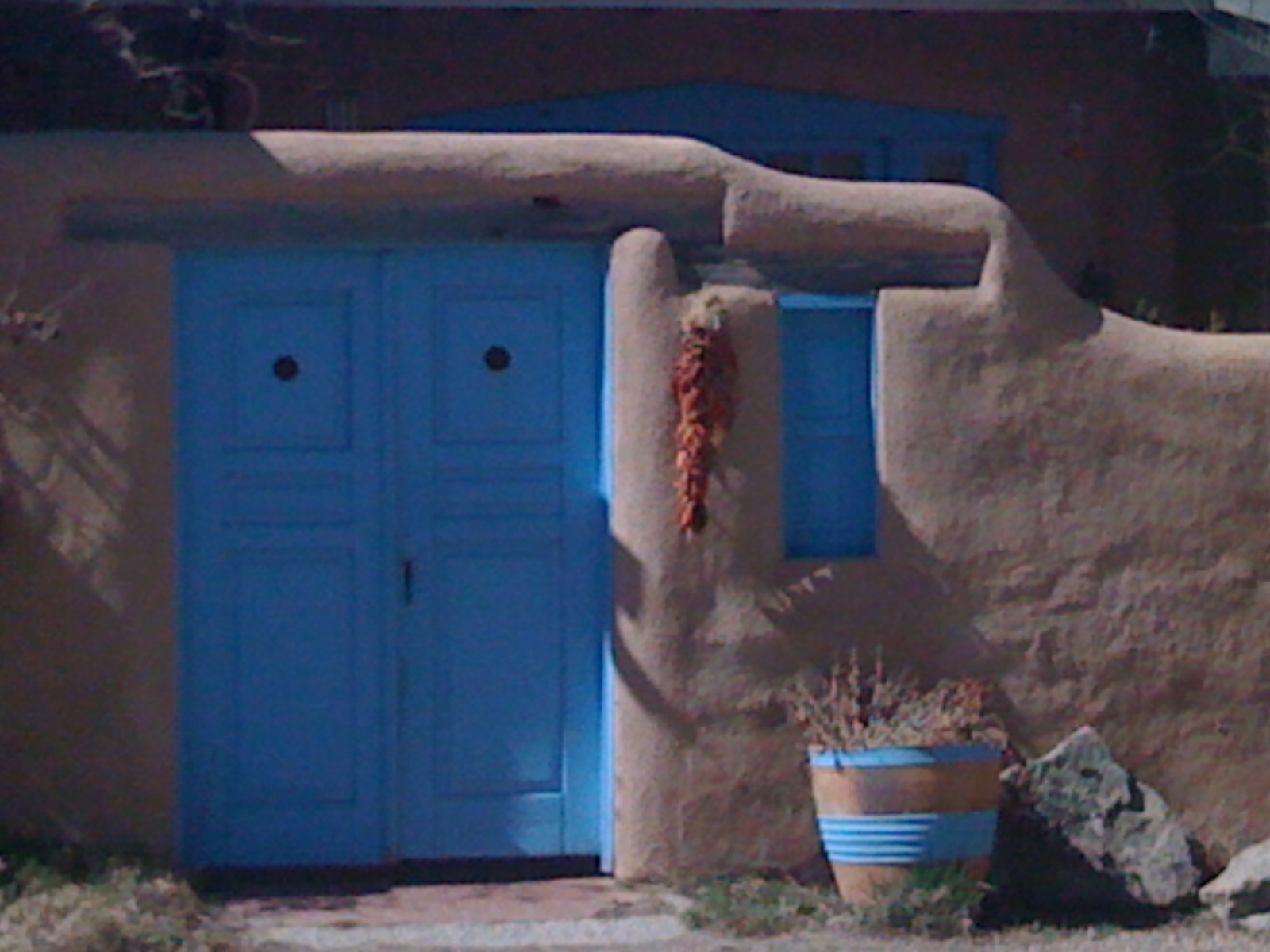 At this point week 48 is a blur. When you’re in a job where you can’t pass your work on to anyone else, preparing to take a vacation means you will really need it when the week is over. And so we move on to week 49.

From my experience a vacation in the southwest, specifically the mountains of New Mexico, is a total sensory overload. From the heat and flavor of New Mexican red chilies to the sweet smoky of the green, the clear blue sky in the daytime to the star-studded sky of the evening, the unmistakable aroma of the piñon fires to the short-term effects of the altitude – my senses were definitely on overload. 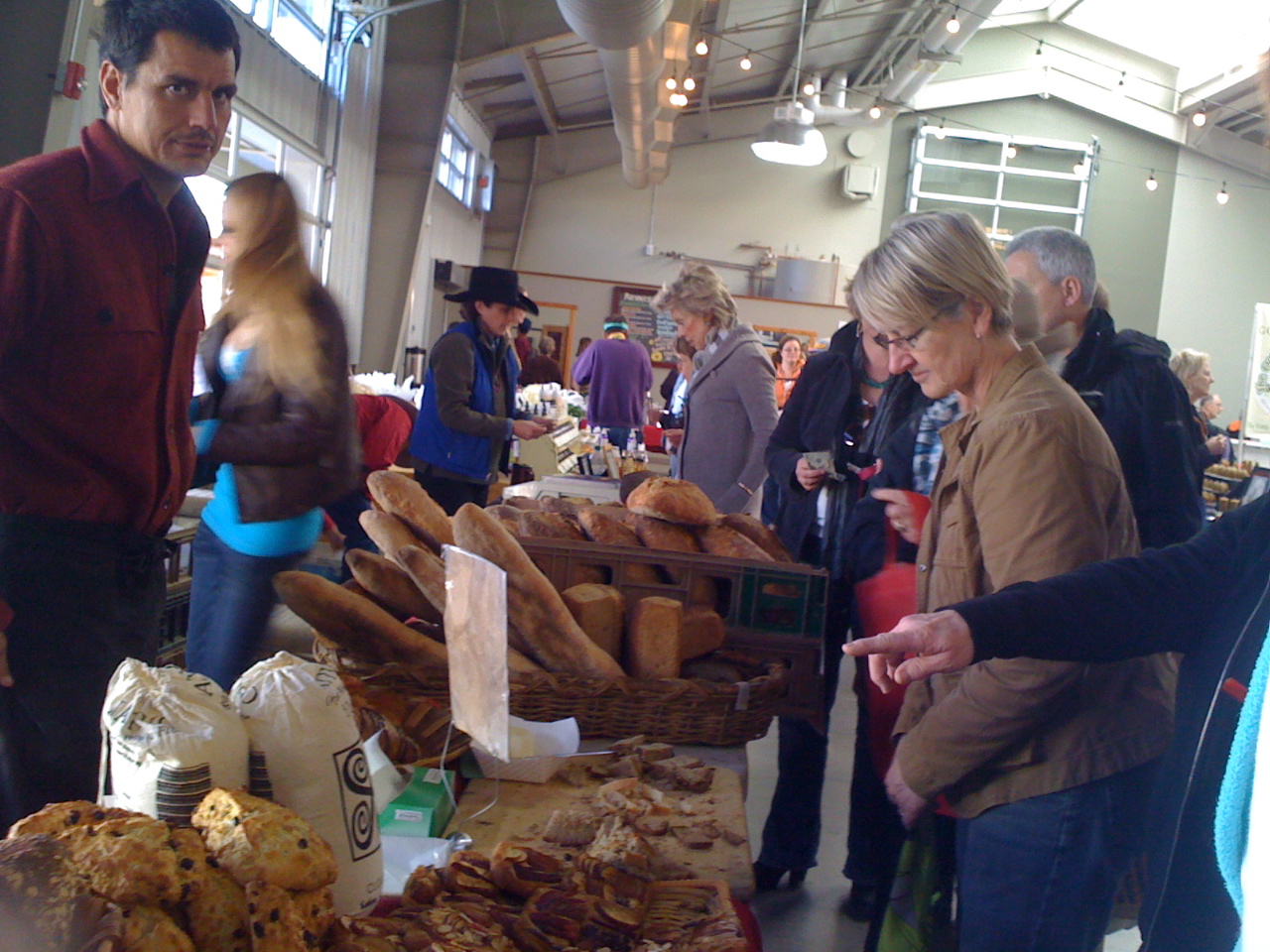 We began our adventure in Santa Fe at the local farmer’s market, with the purchase of red chili powder, fresh goat cheese with green chili, German butter potatoes, farm fresh eggs, a giant bunch of rainbow chard and multi-grain bread. I was having a blast. My last visit to a farmer’s market was this past summer when my biggest concern was how many fresh tomatoes could I buy in order to get me through the winter. But this time it was about the food and more importantly the food already made by others. My vacation rules allow for the convenience food already prepared by someone other than myself, so I pretty much had to contain myself from purchasing every roll, cookie or bread in sight. The market in Santa Fe was one of the better ones I’ve been to – very well organized, a great variety of options, and to carry on with my theme – total sensory overload (which believe me was a really good thing).

This vacation was yet another art retreat unlike any other I’ve taken or written about. The ten of us, all women (mostly retired) stayed in the Taos home of a local artist whose colorful artwork filled the walls of most every room, and whose sense of style created an atmosphere of curiosity and wonder. It was the perfect setting for creativity, in both art and food and as one of the designated cooks for the week I saw the opportunity to let my food love shine using the foods I purchased from the market. Leading with the two pounds of granola I baked before the trip (which our instructor joyfully claimed as her prize), I decided I would bake us some bread. 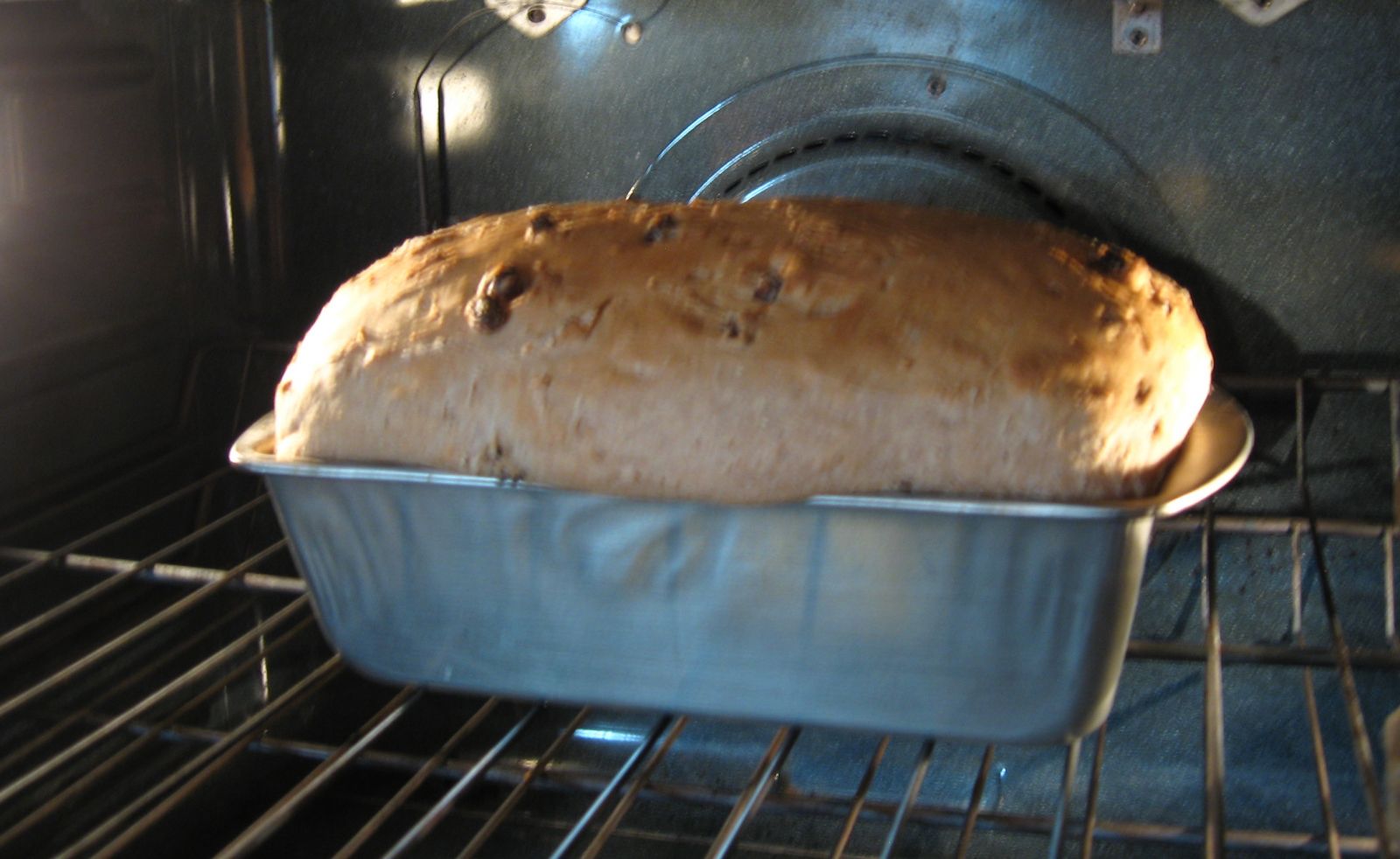 From my year’s experience so far I’ve learned enough about baking to know that things like heat, humidity, or even altitude can have a serious impact on the results. With iPad in hand, Lisa researched any potential precautions I should take in baking bread in the thin and dry air at 7,000 feet. Breads rise quickly at high altitude and the dough needs to be adjusted for moisture. Yes indeed, my English muffin bread that typically takes sixty minutes to rise took only 30 minutes to get to a stage of puffiness that kinda’ scared me a bit. The dough was beautiful and it filled the loaf pan looking like a professional had their hand at forming it. Ha – was I going to impress everyone with this bread! My next challenge was adjusting the baking time, not only for the difference in altitude but because I was using a convection oven. Okay, that meant I should lower the heat by twenty-five degrees and shorten the amount of baking time. Piece of cake… er bread. If I thought this bread looked beautiful before it went into the oven it looked even more amazing coming out of the oven. I couldn’t figure out what was the big deal about altitude adjustment? I was totally for this high altitude baking. 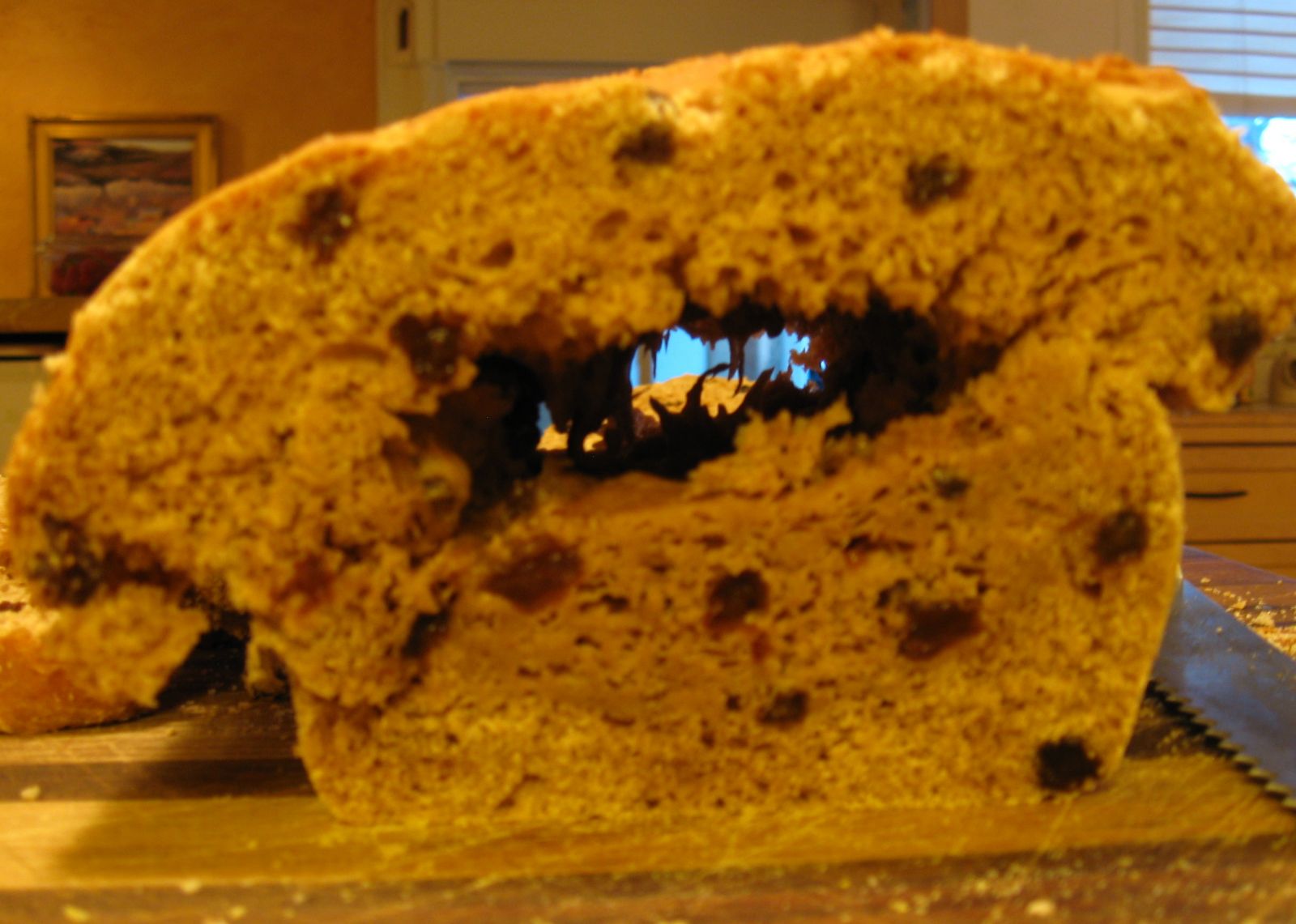 Well as you may have guessed that feeling of amazement and success of was pretty short-lived. The next morning I put on the pots of coffee and started to slice into my perfect loaf, setting up my cinnamon raisin “toast bar” for breakfast. The first slice was beautiful although not quite the usual texture. The second slice was equally as enticing to the on-lookers now forming over my shoulder and I couldn’t have been more proud of the treat I was getting ready for them. Onto the third slice, and the fourth which started to be a bit more crumbly with a slight hole in the middle. Well take a look at the photo because it wasn’t just a slight hole that had formed, it was a giant cavern right through the center of the bread. Needless to say we got a laugh out of it and toasted each slice in several pieces. Ah, my little lesson on baking in high altitude. 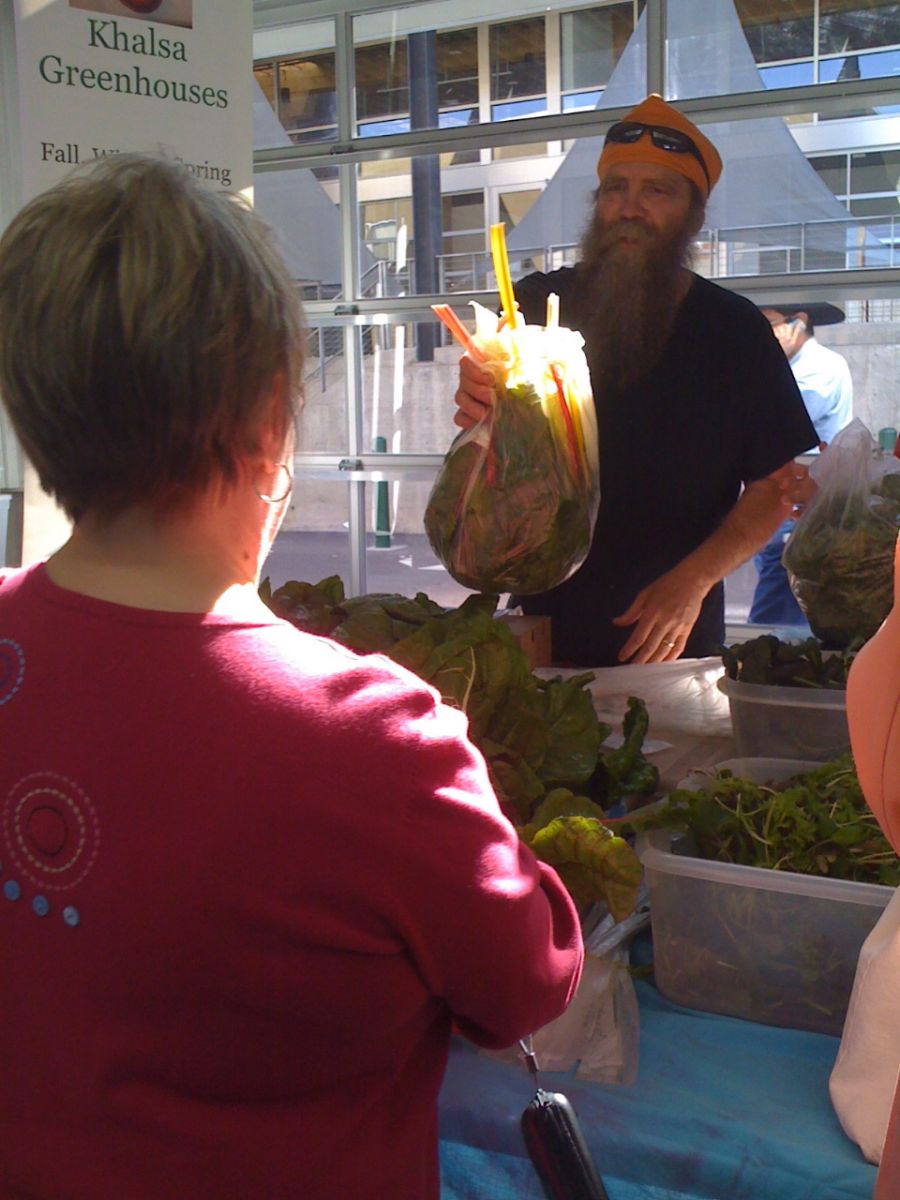 One meal that did go well was one I made using the fresh rainbow chard and potatoes from the farmer’s market. Fortunately for me I had convenience foods on hand, my first encounter with canned beans and a carton of chicken broth since last April. I served the beans and chard directly over the steamed German butter potatoes for a quick, simple, and delicious meal.

And what would vacation be without souvenirs? Many of mine, were of course, food related from sun-dried red chilies to smoky chitpotles. I plan on recreating the flavors of New Mexico at home, but I might wait until using canned beans are ‘legal’ after the year is through!

Salt and pepper to taste

Remove a good portion of the stems from the chard, reserving as much as you might enjoy in the dish. (The reason you’re removing them is that they cook slower than the leafy green part, so they need to be cooked separately.) Once the stems are removed, roughly chop the leafy green portion of the chard and set aside. Now dice up some of the stems, along with the shallots and garlic. 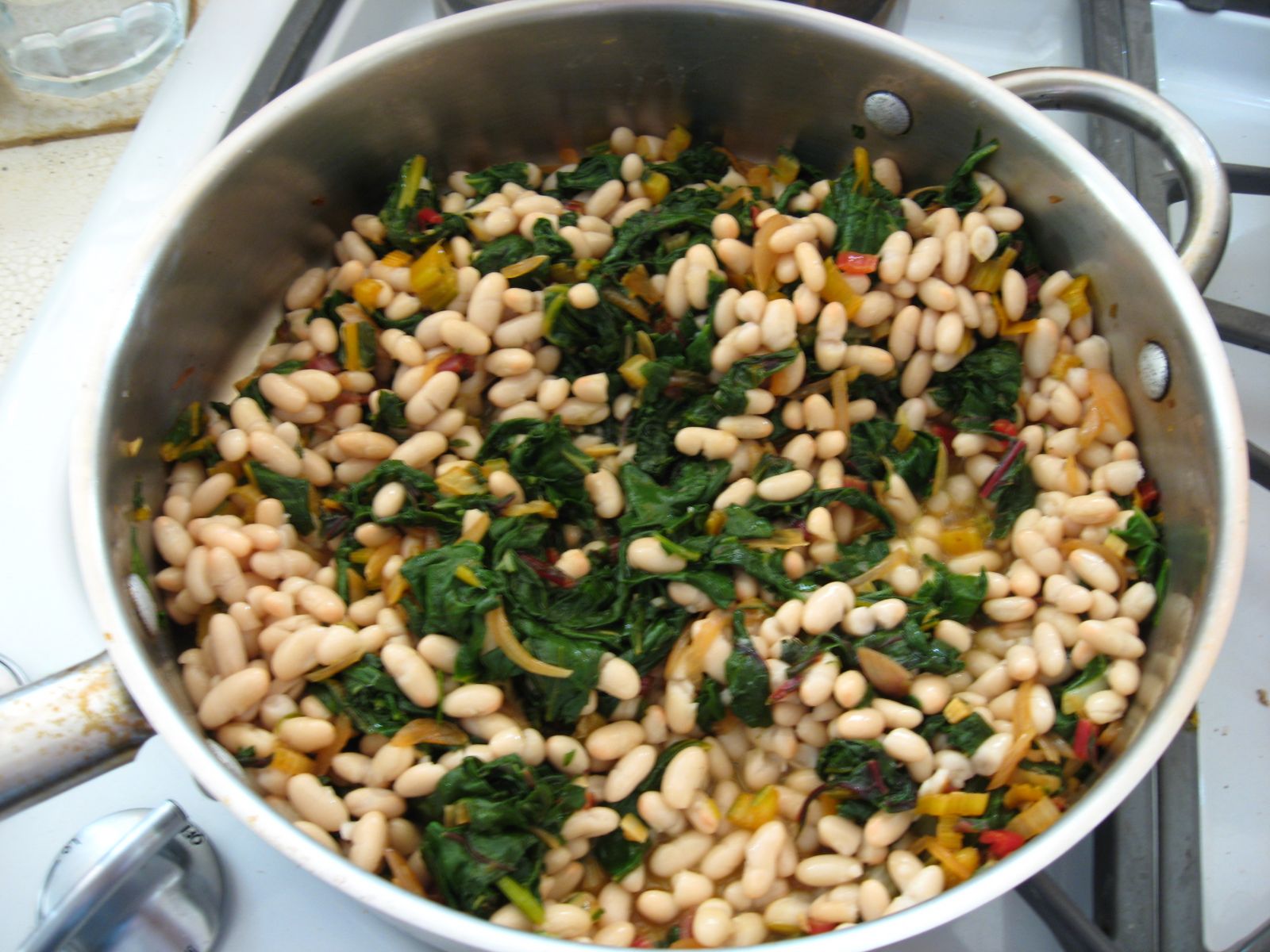 Heat the olive oil in a large sauté pan, and add the shallots and diced chard stems. Sauté the mixture until the shallots begin to caramelize, about 8-10 minutes. The chard stems should begin to soften at this point. Add the minced garlic and stir for about one minute to release the flavor. Add the white wine to the pan to deglaze it of any browning from the vegetables, and slowly add your chard greens allowing each addition to cook down a bit before adding more greens to the pan. Cook the greens stirring frequently for about 10 minutes.

Now add the white beans to the mixture, along with the chicken or vegetable stock. Cover the pan and let simmer on low heat for another 10 minutes, allowing a good portion of the liquid to absorb into the dish. Season with salt and pepper.

This can be served as either a main dish or a side dish.