A Year of Inconvenience
For one year, I'm making everything from scratch and forgoing convenience foods. Join me on my journey! By Pam Mehnert on February 18, 2011 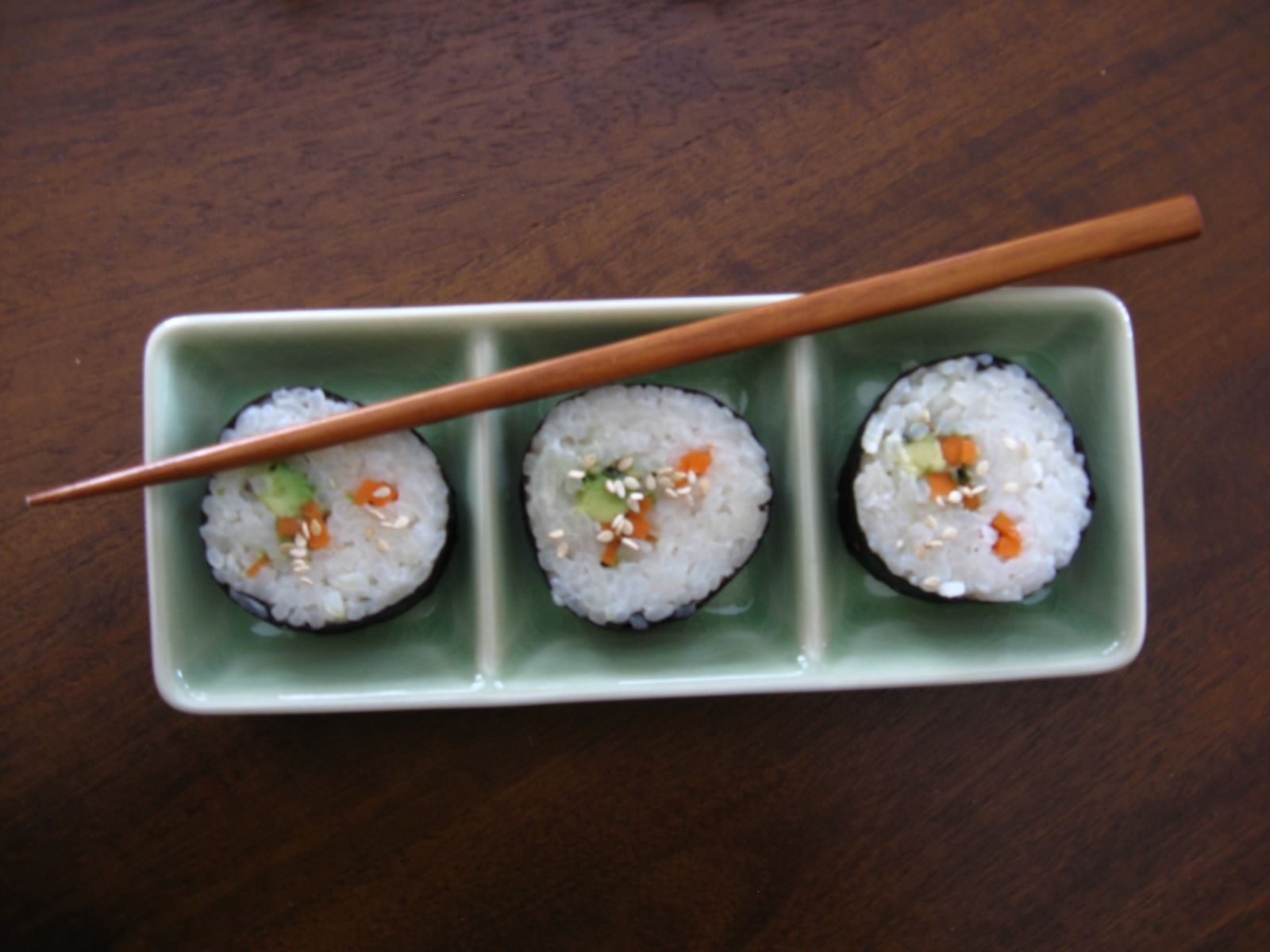 It’s Valentines Day and while many people will have their hearts set on chocolate or cake or other sweet delectable’s of the day, I say there’s no better way to celebrate with your sweetie than with sushi.

To many people sushi means “raw fish” and if that were the case I would avoid it like the plague. My very first sushi experience was in 1983 when I went to a natural products trade show and was introduced to the great folks at Eden Foods. I was invited to a party they were sponsoring after hours at the show, and it was there I learned how to roll my first sushi roll. (Yes, it was sushi I was rolling.) It was filled with fresh vegetables, daikon radish, umeboshi plum paste - all flavors I had never had before that day. I instantly became a sushi convert. 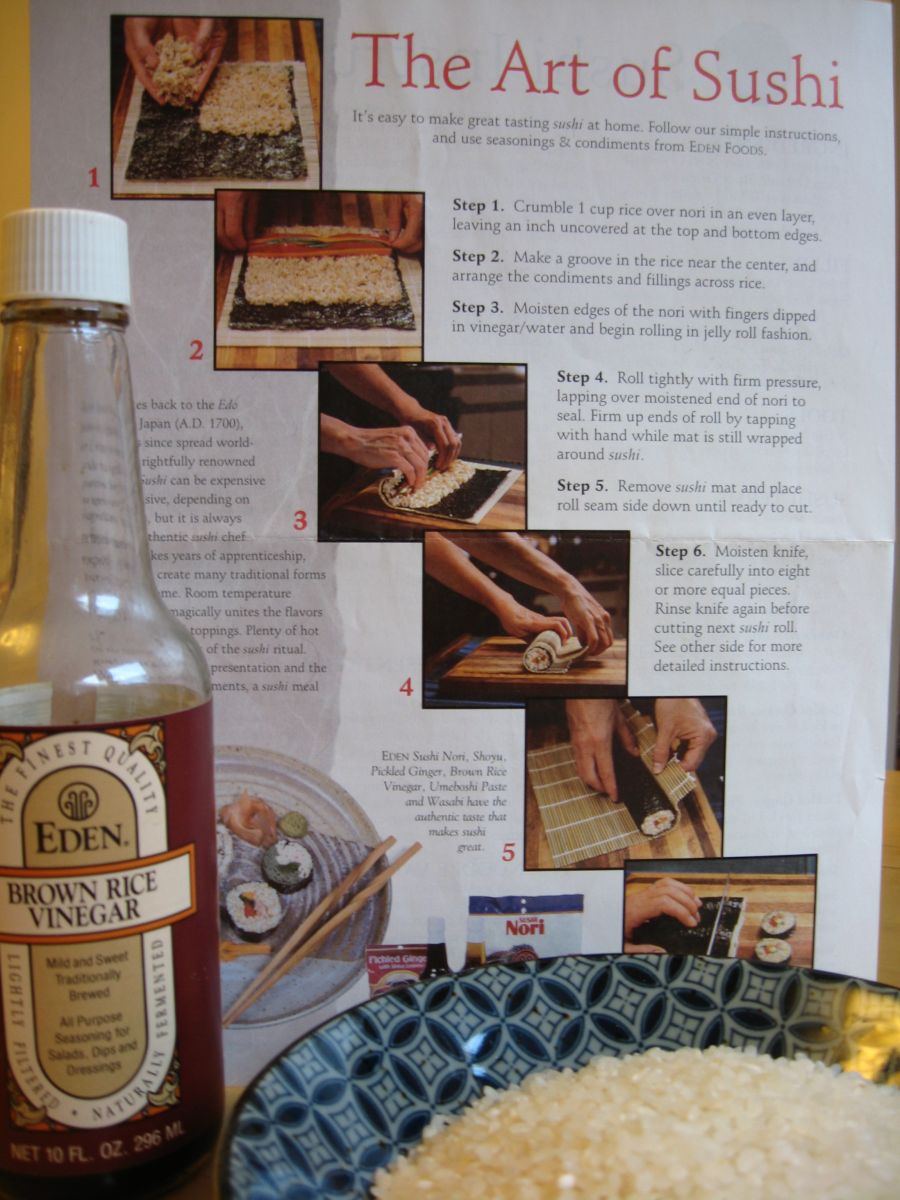 Sushi Made Easy (really, it is easy)

Cook the rice, 1 cup of rice to 2 cups water. If cooking brown rice it will take twice the amount of time as white sushi rice. Sushi rice cooks in about 25 minutes. Brown rice will take about 40 minutes.

Allow the rice to sit covered for 10 minutes after it is cooked. Remove the cover and empty into a large bowl to cool down. After it has cooled a bit (15-20 minutes), add the brown rice vinegar and stir, careful to not over-mix and make the rice too sticky. 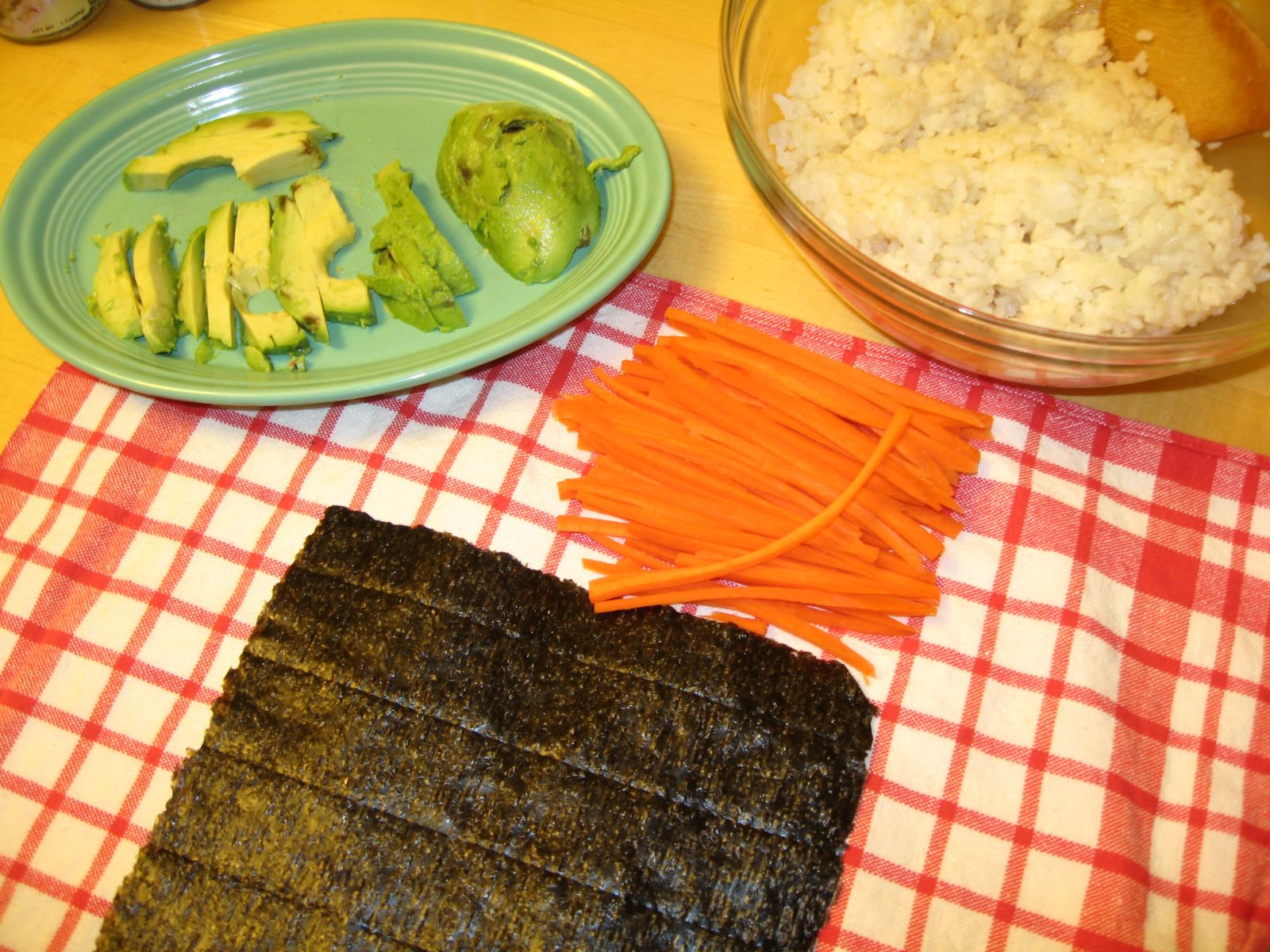 Prepare your vegetable or fish fillings. I cut veggies into thin matchstick size pieces. If using shrimp or smoked salmon, make sure those pieces are also long and thin, rather than diced. They will stay together in the roll much better.

Moisten your fingers with water (I keep a small bowl next to me) and press down on the rice until it holds together (it will be very sticky). Make a groove in the rice near the center and arrange your veggies and fish across the rice inside the groove. 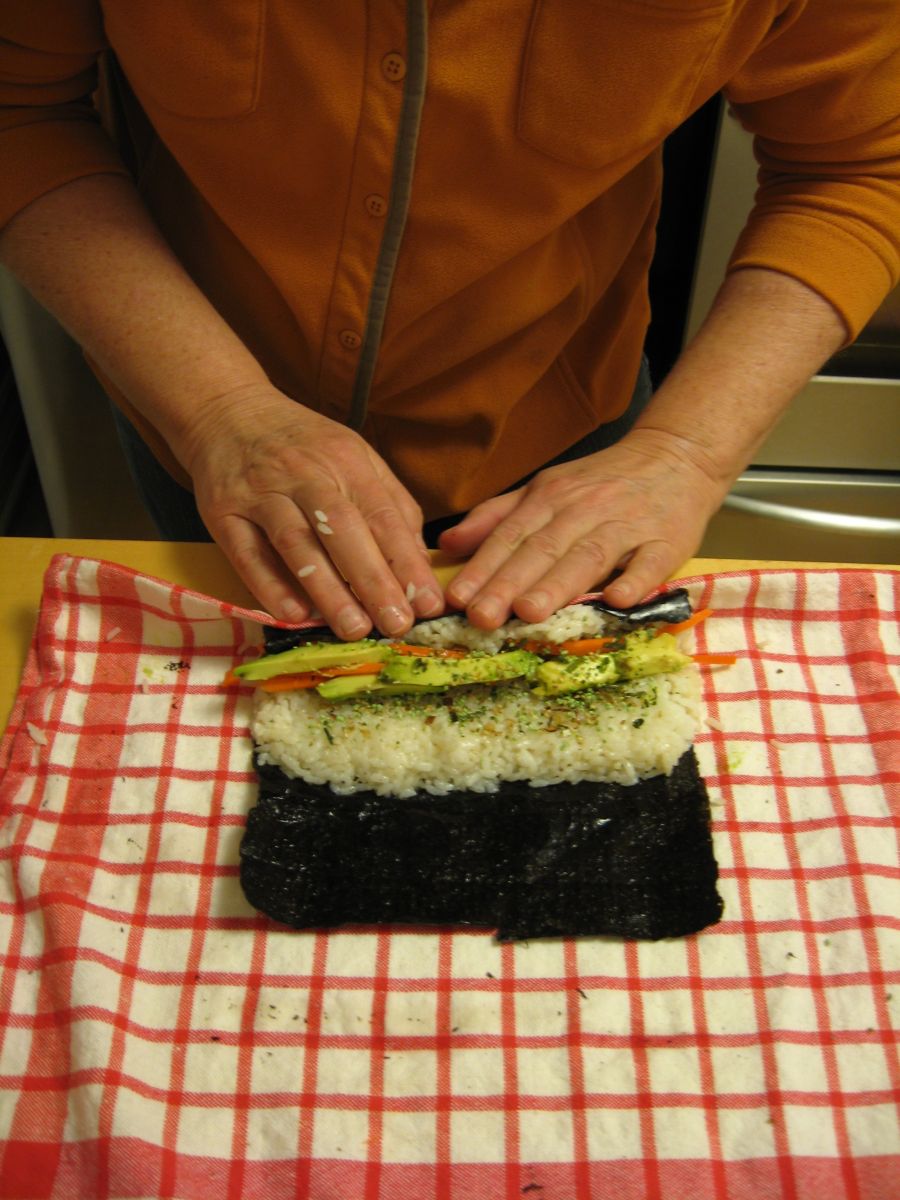 Moisten the 2-inch edge of the nori with water so it becomes subtle. This will help seal the roll at the end of your rolling.

Using the edge of your dishtowel as your guide, begin rolling the nori roll away from you, pressing firmly like rolling up a jellyroll. Keep rolling using the towel as a guide around the roll until it gets going, then lay the end of the towel down and finish the roll by sealing the nori to itself.

When I have all the rolls rolled up, I like to wrap the roll in plastic and refrigerate for a bit to firm it up. After it has chilled, slice the rolls carefully into eight or more pieces. Serve with the accompaniments.