A Year of Inconvenience
For one year, I'm making everything from scratch and forgoing convenience foods. Join me on my journey! By Pam Mehnert on September 28, 2010
One of my “rules” going into this year of inconvenience was that if a friend, relative or co-worker purchased food for me – whether that be dining out, food at their home, or a food gift – I was going to happily and graciously accept it. After all, the point of spending a year cooking from scratch was for me to have a personal food journey and not to restrict myself from enjoying time and food with others. Whether you agree with that or not, it’s been part of my year so far. 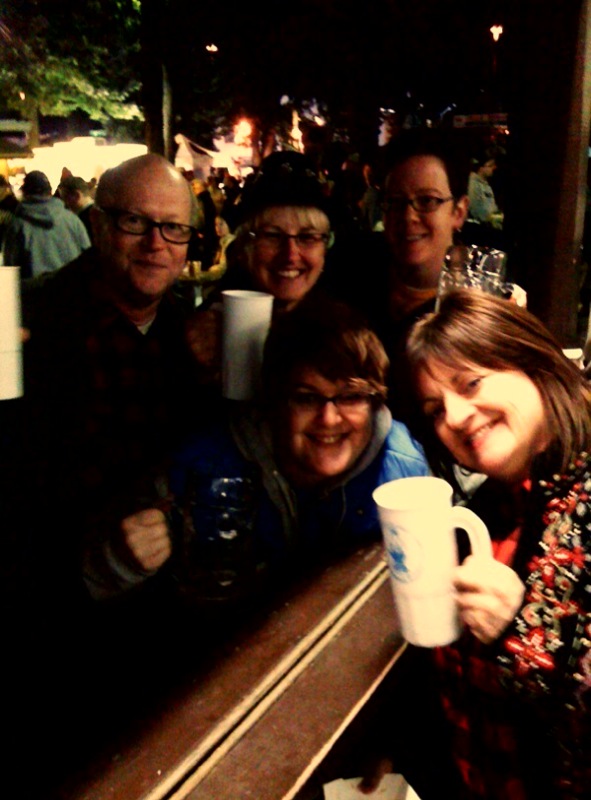 I celebrated my birthday in the middle of week twenty-three. In any typical year that would have meant a good amount of dining out with friends (lunch and dinner) along with treating myself to whatever type treats (usually salty) I wanted. While I did have some enjoyable dining out this week, a birthday dinner at a local supper club, a wedding celebration for two friends at Bacchus, and a super-fun Oktoberfest celebration with other friends during the weekend, I actually stuck to the rules of cooking all other meals from scratch. Okay, there was the delicious chocolate cupcake with caramel sea salt frosting from Milwaukee Cupcake on my birthday, that I purchased along with a dozen other cupcakes for our office, but that’s what you do on your birthday, isn’t it?

The gifts I received from friends last week were an interesting (and well thought out) mix of filling my needs of both convenience and inconvenience. Starting with the category of “what Pam needs to cook for 500 please”, I received the long-awaited peel for my bread and pizza baking and some sourdough starter from Lisa. Without a peel I’ve been transferring my pizza dough from a Silpat onto the pizza stone, and removing it from the oven with a pizza screen. A bit lame, but it worked okay (when the dough flipped over perfectly) however a few times I was left with dough that looked more like a Schmoo. I also got three, count them, three bread books that I had been ogling for some time now (thank you Corky and Lisa F.), and a tortilla press (thank you Diana and Eric) that I no longer have to borrow from… umm, Diana and Eric. Guess I should take the hint and return their press that’s been sitting in the back hall for a few weeks now! 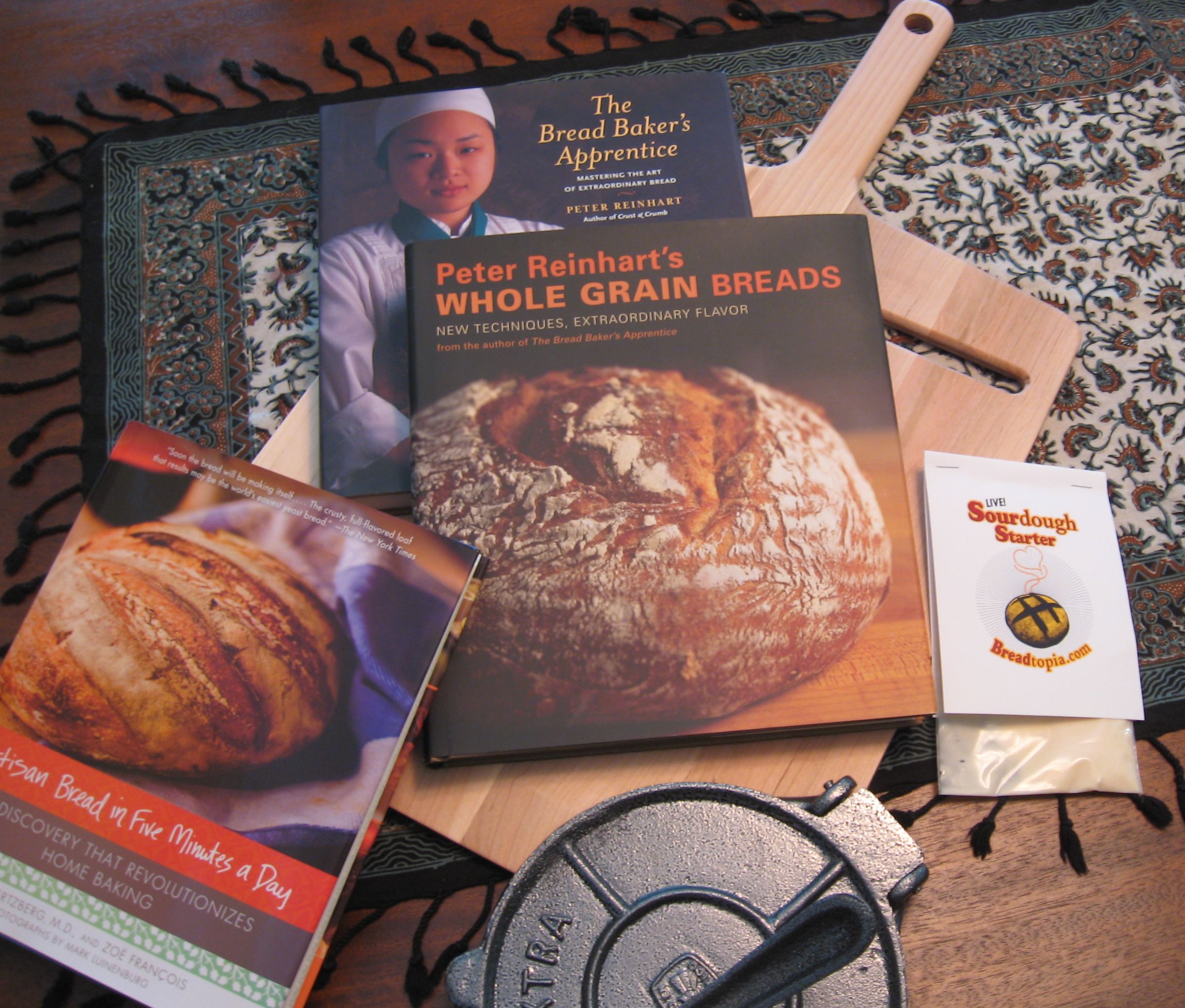 I also got the gift of food from not one, but two people. My tortilla press came with a bag of tortilla chips from a local company, El Rey, and a small jar of home made pickles. I’ve been known to eat pickle slices on top of chips. Well actually, no one knew that until now since the chip/pickle combination was usually eaten in the privacy of my kitchen pantry. The other gift of food came from my friend Avie, Outpost’s catering manager, who is both talented and creative about gift giving. Some people receive a bouquet of flowers on their birthday or special occasions. I received a bouquet of chips. Yes, the one thing I knew I was going to sorely miss during this inconvenient year was chips. Tortilla chips, pretzels, cheese puffs, potato chips, and nut thin crackers – the snacks of the salt gods. I’ve dipped into a few of those bags without guilt, although the further away from my birthday I get, the more I feel like it’s time to get back to my challenge. Ahhh, it was sweet while it lasted.

I made a new dish for dinner this week a bit out of desperation and not wanting to go to the co-op yet another time after work. Looking in my freezer and pantry for ingredients that would work, I ended up with this great-tasting curry that actually got us several dinners and lunch, as the batch was rather big. I decided to share with you the original recipe found on Simply Recipes, along with my adaptation from my larder, which I’ve named Curried Lamb with Autumn Vegetables. Enjoy. 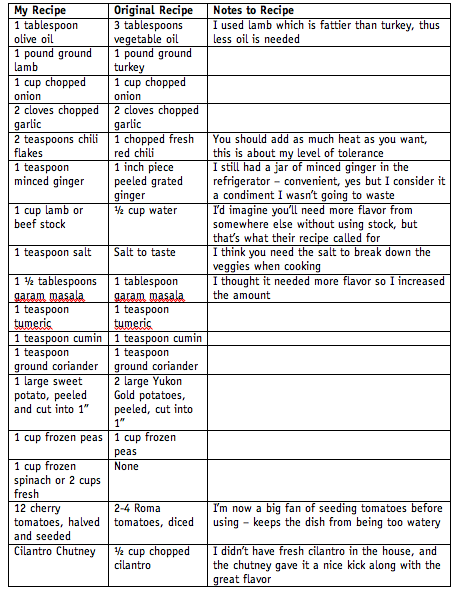 Heat the oil over medium heat in a large pot. Add the ground meet and cook until it begins to brown. Add the chopped onion and chili (or chili flakes) and sauté 4-5 minutes until the onion begins to soften. Add the grated ginger (minced ginger) and garlic and sauté for another 2 minutes. Add your potatoes (sweet potatoes), water (stock), salt, and all of the remaining spices. Stir to combine and then cover. Lower the heat to medium-low and simmer about 15 minutes until the potatoes are cooked. Add the peas, spinach, and tomatoes and cook another 3 minutes until all vegetables are cooked through.