A Year of Inconvenience
For one year, I'm making everything from scratch and forgoing convenience foods. Join me on my journey! By Pam Mehnert on August 9, 2010
When I started to plan out this food adventure a number of people made suggestions of what I should track or measure along the way. My brother-in-law Barry suggested I get a college student to help me study the environmental impact of less packaging or less garbage in the landfill (a very good suggestion indeed). Unfortunately that one needed some advance planning. Another friend suggested I simply keep track of the things I buy in bulk to cook from scratch which otherwise would have come from a packaged product. I liked this idea too, and made some notes on how I might set up that comparison. Naturally my trainer was interested in whether my weight or health would change simply because my diet was different. I took him up on that idea and took body measurements, (which will be very embarrassing to reveal if things go the opposite way) and I went into the doctor for a physical and blood tests. We’ll all have to wait 36 more weeks for those results.

What differences have I noticed so far? Mind you this is not exactly an apple-to-apple comparison. My life before this challenge consisted of a fairly healthy diet from which I cooked a number of meals regularly from scratch. I also purchased lunch consistently from Outpost five times a week, and we ate out (conveniently) about two to three times almost every week. The big difference there is that eating out now is limited to more like once a week (as a social event not a convenience event) and all of my lunches are prepared at home. And of course, I’m not buying canned beans, canned tomatoes, canned soup, salad dressing etc.

First difference is that I’m spending less money on food. I can track this information because of my job at Outpost (information I have access to), and because I spend almost all of my from scratch food dollars at Outpost. When I ran a comparison of what I spent at Outpost over 13 weeks last year (April – June) and what I spent the same 13 weeks this year, I found I spent about $315 less this year than last. While not apples-to-apples I think it’s actually an amazing difference because I ate out more often last year, so I’m actually shopping at the co-op more this year. Yes, Lisa’s purchases are included in that household amount too. By Jove I’ve reached my first conclusion - cooking from scratch appears to be more economical!

Second difference I’ve noticed so far is less food waste and fewer recyclables each month. Look Barry – I’m making a positive environmental impact! Previous to my year of inconvenience we would typically have two bags of trash each week, and one very full bin of recyclables each month. We’re now down to one bag of trash a week and ¾ of a bin of recyclables (including a few parties at the house this summer). I know it’s less food waste because we are either eating more leftovers as meals or freezing the leftovers for another meal. Before this year leftovers were easily forgotten and would turn into interesting science experiments by the time they were rediscovered behind the store bought bread or deli salads.

Third and final to this blog post, my food production each week has become fairly predictable and fortunately I decided to track that production from the start so I could either demonstrate resources saved (packaging) or the cost difference between from scratch cooking and convenience foods. 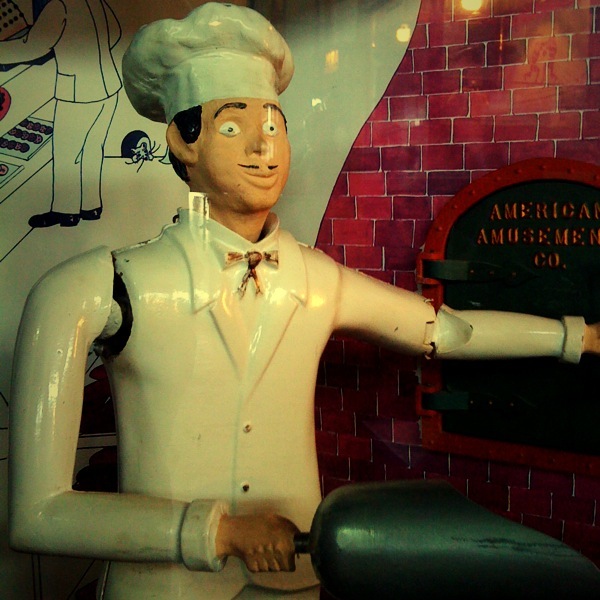 Between April 18 and July 31 (16 weeks) here is what I’ve produced from scratch:

Yes, I really feel like I’m starting to get a grip on how to make this work. Never mind the fact that after work today (around 6:00) we have to take the cat to the vet, water the plants for a friend out of town, go grocery shopping and then decide what’s for dinner. Now what leftover do I have in the freezer?