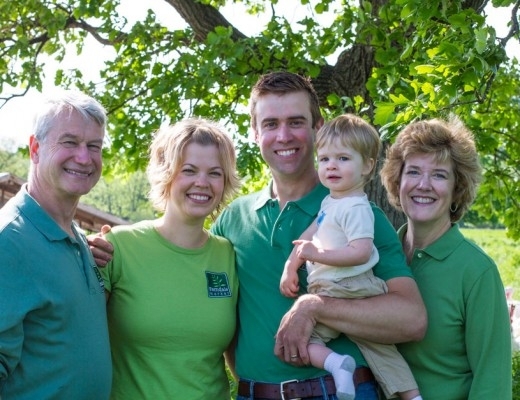 Nearly 70 years ago, Dale Peterson started raising turkeys on his farm in Cannon Falls. Minn. His wife, Fern, was an avid environmentalist and believed we all have a role to play in preserving our earth.

Dale always believed that raising quality turkeys was the best contribution he could make to the world, and his formula for success was simple: he worked hard, treated customers as family, and cared deeply for both the land and his turkeys.

They handed down this tradition to their son, Dick and his wife, Jane. Three generations later, their grandson, John Peterson, and his family honor that legacy, running Ferndale Market, where they raise free-range turkeys and sell local produce in their on-farm market.

Although the days of literally sharing a home with turkeys are in the past, the Peterson family is still committed to raising their birds naturally — free range during the warmer months and antibiotic-free all the time. All their turkeys are also processed naturally, without any additives, at a USDA facility.

If you’re looking for a fresh, naturally raised turkey you’ll find it at your favorite Outpost location.