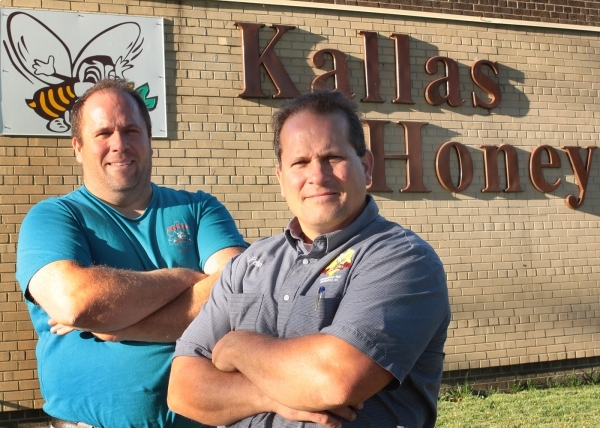 Perry and Peter Kallas have spent their entire lives around bees. Well, to put it more precisely, the two brothers have spent their entire lives around honey. Their father James got them into it, just as his father got him into the business. Back in 1941, John Kallas got his start in the honey business by helping tend the hobby hive his neighbor kept in Fox Point. As payment for his efforts, John got his first hive. Eventually, James and his father expanded the business by getting their honey onto store shelves in markets around Milwaukee. By the middle of the 1950s, John Kallas had nearly 1,000 hives and a booming processing operation. When demand for the honey increased, Kallas had to start buying honey from other local producers in order to fill their own orders. It wasn’t long before Kallas decided to leave the beekeeping to others. Perry and Peter now process nearly 2 million pounds of honey annually in their 30,000-square-foot facility on the city’s north side. This is pure honey, unfiltered and uncooked. It comes from producers all over the country, but mostly from Wisconsin and Minnesota. Peter and Perry will sell only honey produced in the U.S. You can find several Kallas honey varieties at your favorite Outpost.