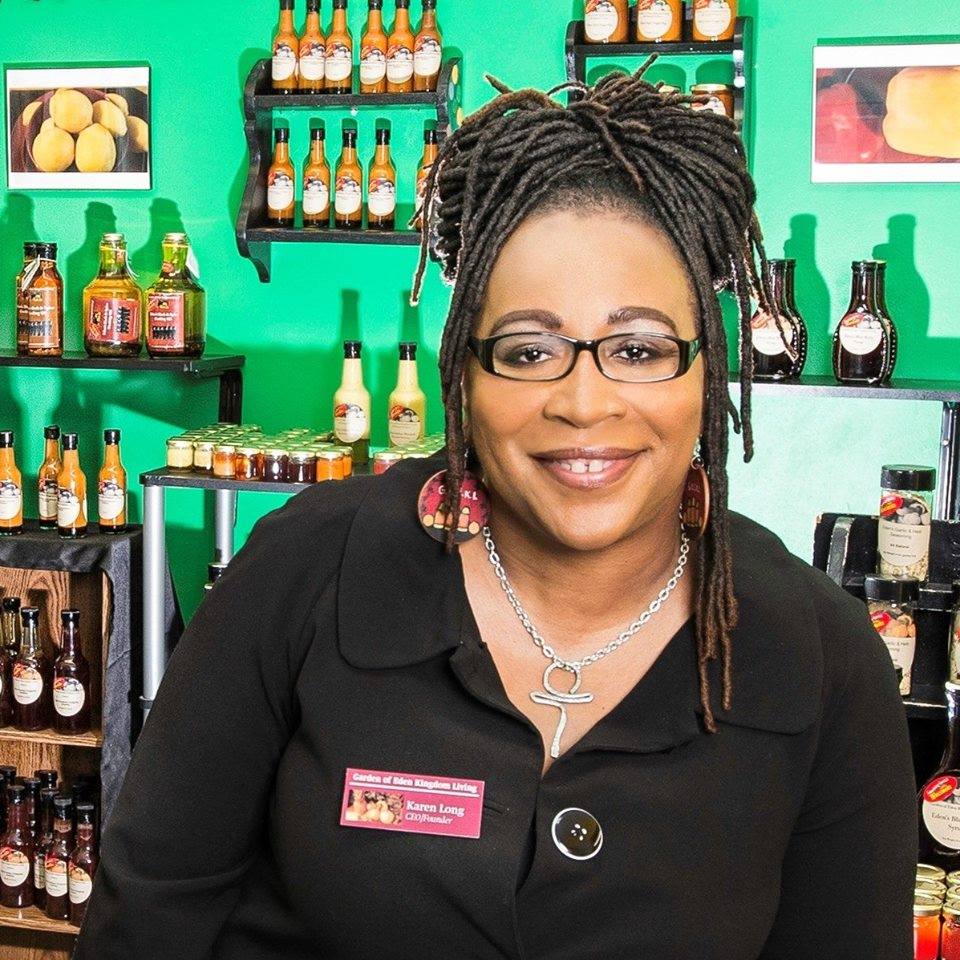 “The building is smoking?” It’s a question Karen Long never thought she’d have to ask when she answered her phone on Halloween, 2017.  The determined, driving force behind the hot sauces, jams, dressings and spices of Garden of Eden Kingdom Living was getting the worst trick of her young company’s life as she heard the news that her Milwaukee business was on fire.

“Sometimes things have to close, which for me was a good thing because I was stuck. I didn’t think I was stuck at the time. I was comfortable. But the fire kind of took me out of hiding a little bit,” she recalls as we talked in her new northside store surrounded by the tiny jars and bottles that hold her hard work. “I guess God has a sense of humor,” she laughs. “Now there’s more responsibilities. It’s like I’m in the middle of the ocean but He is not going to let me drown. It’s always challenging me and I love it. I wouldn’t be doing what I’m doing if I didn’t.”

The fire, which is being investigated as possible arson, might have been a temporary setback for Karen but there’s very little that can slow this fierce Milwaukee entrepreneur down. “I’m glad about it now because there were a lot of things that I learned from the fire. I’d rather have a lesson at a smaller level than at a big level. Sure, I had to re-do every label. Basically, I had to re-do everything. But without it I probably wouldn’t have learned to think bigger.”

“Think bigger” might as well be Karen’s motto because not only does she spend practically every waking moment concentrating on making Garden of Eden Kingdom Living a success, she even dreams about it. In fact, that’s where the idea originally came from. “I would keep having these dreams of running through a garden and the dreams wouldn’t stop. I would be running through this garden and bumping into fruits and vegetables. Literally.”

Karen will even create special blends for people with dietary restrictions or just for someone who wants a sugar-free strawberry jam made from scratch. But, first and foremost, on Karen’s mind is creating something that fits with her healthier way of looking at food. “You don’t think about how much sodium is in hot sauce. But now that I make my own hot sauce and I compare that to what’s out there it’s surprising how much salt is in there. I try to keep getting better and better and as I learn, then I alter. If I find out that I’m using something and there’s something healthier then I switch it up.”