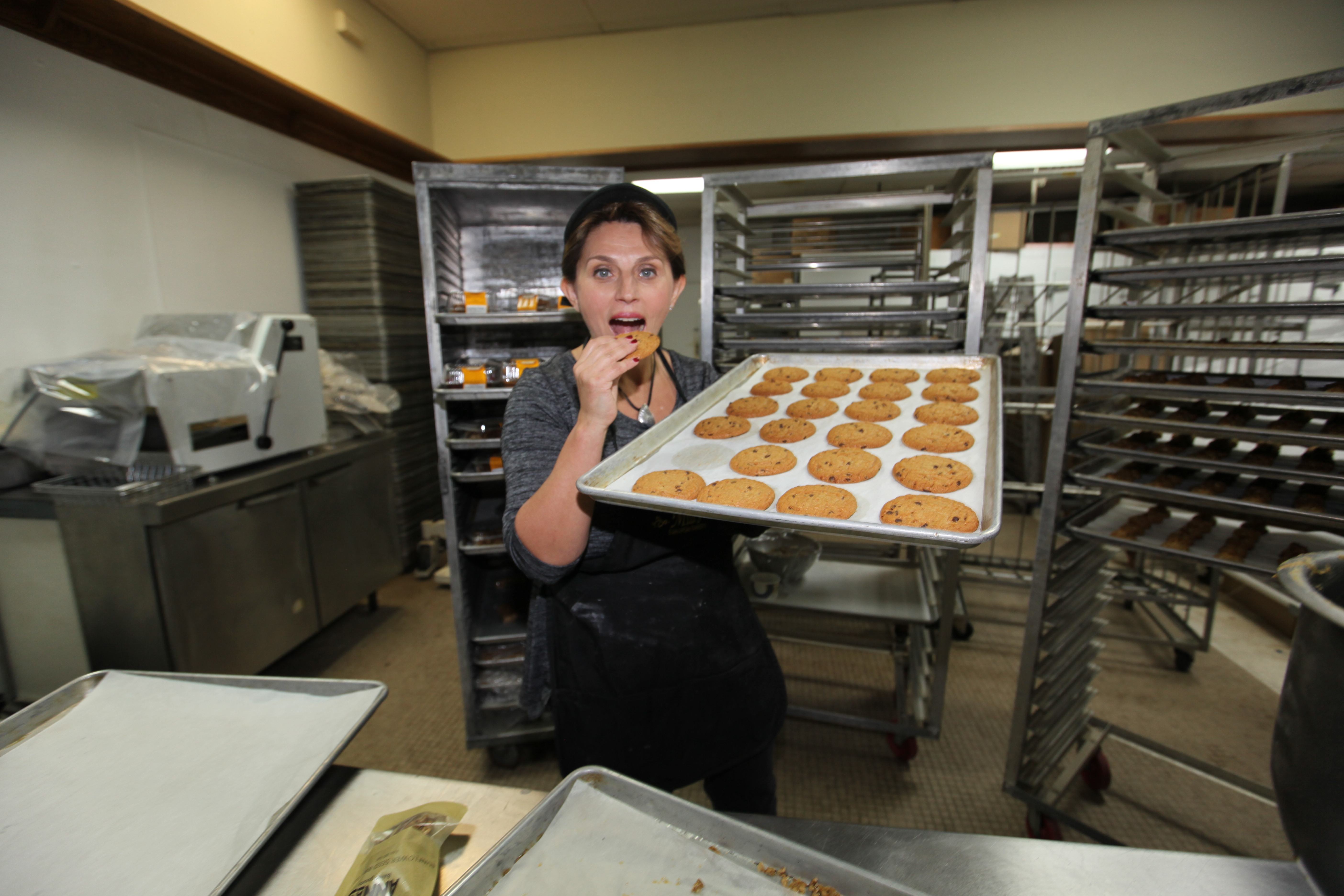 In 1978, at the height of the Cold War, Mila and Mark Kofman left Moscow for America. All they brought with them was their two children, $500 in their pockets, and a dream of making a better life for themselves. After three years of struggles they made their dream a reality after opening Mila’s Bakery in Thiensville.

Mila’s quickly established itself as the “go-to” place for old-world favorites like coffee cakes, pastries, cheesecakes, cookies, cake-rolls, and other creative confections. But running a bakery was hard work and when the retail side of the bakery closed in 2008, to focus more on the wholesale side, customers demanded their old corner bakery return and so, last year, Mila’s reopened to resounding fanfare.  What came with the grand reopening was a welcome return to the sweets people loved along with some new, healthier, recipes thanks to Mila’s innovative daughter, Anna Bakalinsky.

Sitting inside her family’s cozy bakery, Anna tells me she felt the time was right to embrace the healthier side of baking. “Mila’s was more of the decadent side—with the butter and the cream cheese and the flour because that’s what people expected in a bakery. Many years ago I saw the need to create something with healthier options. That’s when I launched the three paleo granolas—where there’s no sugar, there’s honey, there’s egg whites and different kinds of nuts and almond flour.”

Anna’s line of gluten-friendly and paleo alternatives named, fittingly, “Anna’s Baked Goods” includes treats that you wouldn’t guess are made with healthier ingredients. Whether you’re snacking on a bag of Morning Blend Paleo Granola or biting into a flourless peanut butter cookie you’ll be hard pressed to realize you’re actually eating something that’s healthier than the usual full-fat, lots of sugar snack you’re used to. “I have a lot of friends who don’t eat gluten for health reasons. The product line really came out of a selfish passion of something that I wanted to create and eat for myself. Little did I know it would become a true business. People would come over to my house and raid my refrigerator because they knew I had these items in there.”

When Anna broke the news to her traditional baking family about her paleo plans, they were skeptical. Especially from her mom who was brought up to believe baking goes hand in hand with sugar and butter. “They thought I was insane. My mother didn’t want to do it. She didn’t understand. It was such a niche,” Anna recalls. “Chia seeds with dates she would say, ‘What? What are chia seeds? What kind of combination is that? Rolled in what? I don’t know what you’re talking about!’ So the Anna’s line is more for keeping up with the times and that’s why we split a little bit between the Anna’s line and the Mila’s line. The Anna’s is more of my passion. It’s something I created for myself.”

Since the success of the Anna’s line, Mila has come around to seeing the benefits of her daughter’s way of healthier thinking. As for Anna’s kids they still enjoy teasing their mom about her passion for better, more natural and nutritious foods, which is just fine with their mom. “It’s important that they understand labels. I read labels all of the time about ingredients and nutrition. It’s important for them to understand what goes into an item and when I bring things home they say ‘Oh it’s healthy huh?’ They can still have sweets. They’re kids. Everything in moderation but they mock me. Don’t think they don’t. But at least this instills some thought about what they eat into their heads.” Look for Anna’s Baked Goods at your local Outpost on the shelves and in the fresh dessert cases.