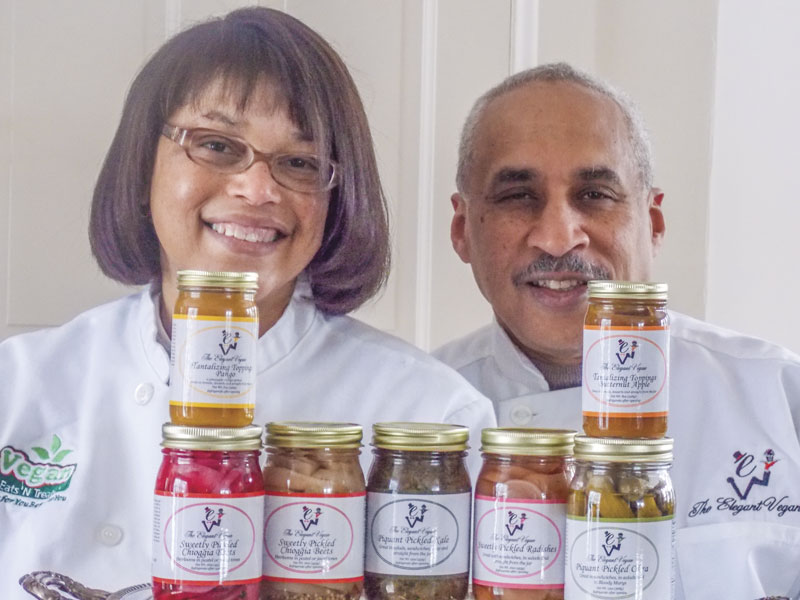 John Anderson and Karen Fulbright-Anderson already had successful careers. John is a retired lawyer and Karen works on social justice issues. But they were foodies with a dream, so they left New York City to open Ye Olde Manor House in Elkhorn, Wis., where John used his love of cooking to create vegan dishes that vegans and non-vegans alike enjoyed.

“We love the fact that we can turn just about anything into a vegan delicacy that people – young and old, meat lovers and vegans –love as much as we do,” John and Karen said.

Because of this, they wanted to spread their culinary vision by making vegan food for people beyond their bed and breakfast. So, John and Karen started The Elegant Vegan, where they make vegan specialties at a non-profit kitchen.

“We develop the recipes and train their licensed kitchen staff in how to make them,” John and Karen said.

The kitchen even gives back to the community, hiring people with disabilities to do non-technical work like putting labels on jars and packs. “We love this relationship because it is consistent with our desire to be a socially responsible company,” John and Karen said.

Try elegant food from The Elegant Vegan, sold at your favorite Outpost store.