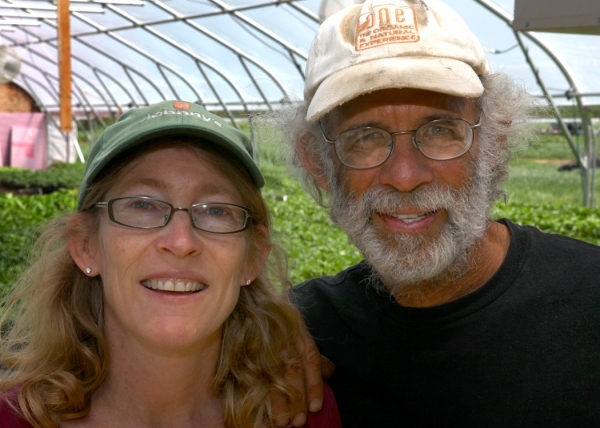 It was the early 1970s and Steve Pincus was in his early 20s and looking for something to do. He’d had enough of city life and he wanted to do something completely different. He started farming.
More precisely, he moved out to the country with the idea that he wanted to start farming. He’d never farmed before, but as one of the founders of Outpost Natural Foods, Pincus got to meet many farmers.
“I was just very drawn to it. When I met farmers and farm families I was just thrilled with what they were producing. Part of my job with outpost was making connections with farmers. I was smitten you could say."
Pincus, owner of Tipi Produce has been farming ever since; 35 years to be exact. Pincus runs the farm with his wife, Beth Kazmar. The couple manages the 76-farm (45 of those acres are in production) with the help of 25, mostly seasonal employees and eight tractors.
On their land, which is about a half hour south of Madison, Pincus and Kazmar grow a dizzying array of seasonal fruits and vegetables. About 1/3 of it goes to their CSA customers; the other 2/3 goes to wholesale customers.
You can find Tipi Produce at your favorite Outpost location.