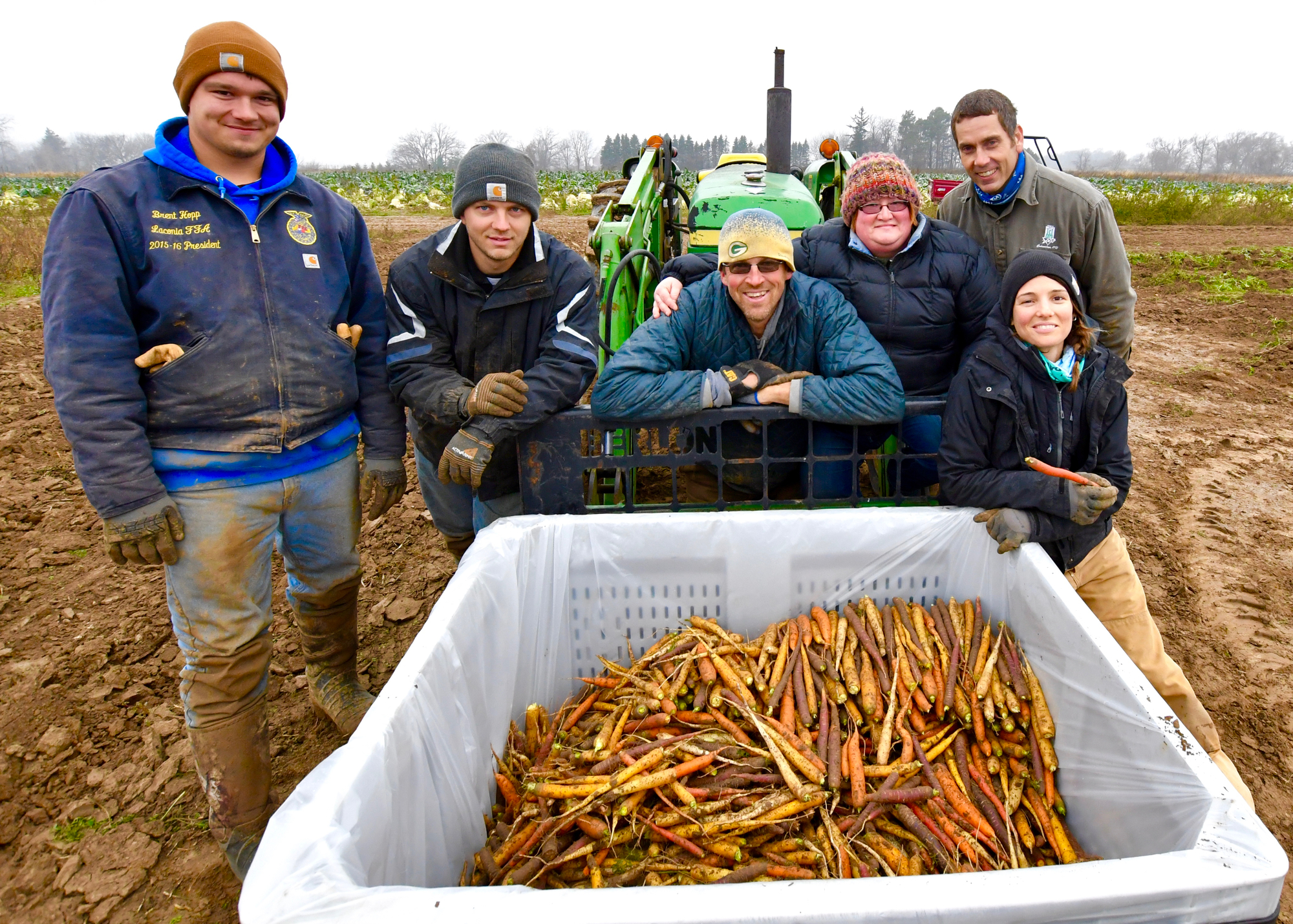 Ten years ago if you’d heard the word “spiralizer” you’d have thought it was a dizzying new roller-coaster at Six Flags. Today, you know it as that kitchen contraption that turns your zucchini into “zoodles” and your squashes into, well, noodles (only zucchini gets the cool name I guess). Basically it turns just about any vegetable into a raw, super healthy, delicious veggie “noodle” if you’ve got the time, patience and inclination. If you don’t have these things—Olden Organics in Ripon has you covered.

Husband and wife team, Richard and Tracy Vinz, have been in the farming business for about fifteen years, working the farm that’s been in Richard’s family for more than a century. Until this year they lived the traditional farmer’s routine: Up at dawn, work year round, and try to keep everything running while making sure the bills are paid on time. This year, Tracy tells me, they added more things to their “to-do” list. “About five years ago I saw a hand spiralizer and saw it turn some vegetables into noodles and thought, ‘well that’s pretty cool.’ Ever since we started the farm our vision was to have a working kitchen on the farm and it finally came to fruition last year when we built this new facility and started playing around with the spiralizing idea and realized we can do this.”

The Linz’s new facility has everything a modern-day spiralizer and farmer could want: A vast cold-storage area, smooth cement floors, good heating (a must-have for Wisconsin winters) and a large, open space to create their new line of veggie noodles. “We’re not doing anything in the winter anyway so this works out great for us,” Tracy adds. In fact, it’s working out so great that Olden Organics is quickly going through all of the produce they’ve harvested on their own farm. In fact the cold storage area that once had produce stacked to the ceiling now only contains a few pallets of produce.

“We had no idea how this was going to go. I’m trying to scare up all of the rest of the butternut squash in the state. I put a message out on our facebook page to any organic farmers growing butternut squash— I’ll take them. I called Josh [Engel] at Driftless Organics and said do you have any oversized beets? They can have damage. I don’t care what they look like. They can be uglies. Everything you’re not selling I know you’re just putting it somewhere. Where is it? I’ll take it all. It’s killing me to buy produce. It’s just stupid. I can grow this.”

An industrial spiralizer has taken some of the elbow grease out of the operation but not too much. The smaller sized zucchinis still have to be done by hand and everything still has to be peeled and prepped for the “machine” so it’s still a busy operation which is good not just for us, the consumers, but for the people working on the farm.

“It is a lot of work but you look at the people I have in there now. Joey is a full-time employee. This will be his third year with us. Lori, who’s packaging the noodles, owns and operates Redmond's Apple Basket Orchard in Ripon and is one of my very, very dear friends and Danielle, who is doing the zucchini by hand today, owns and operates Boerson Farm in Princeton so we just all kind of just pull together…farmers help farmers.”