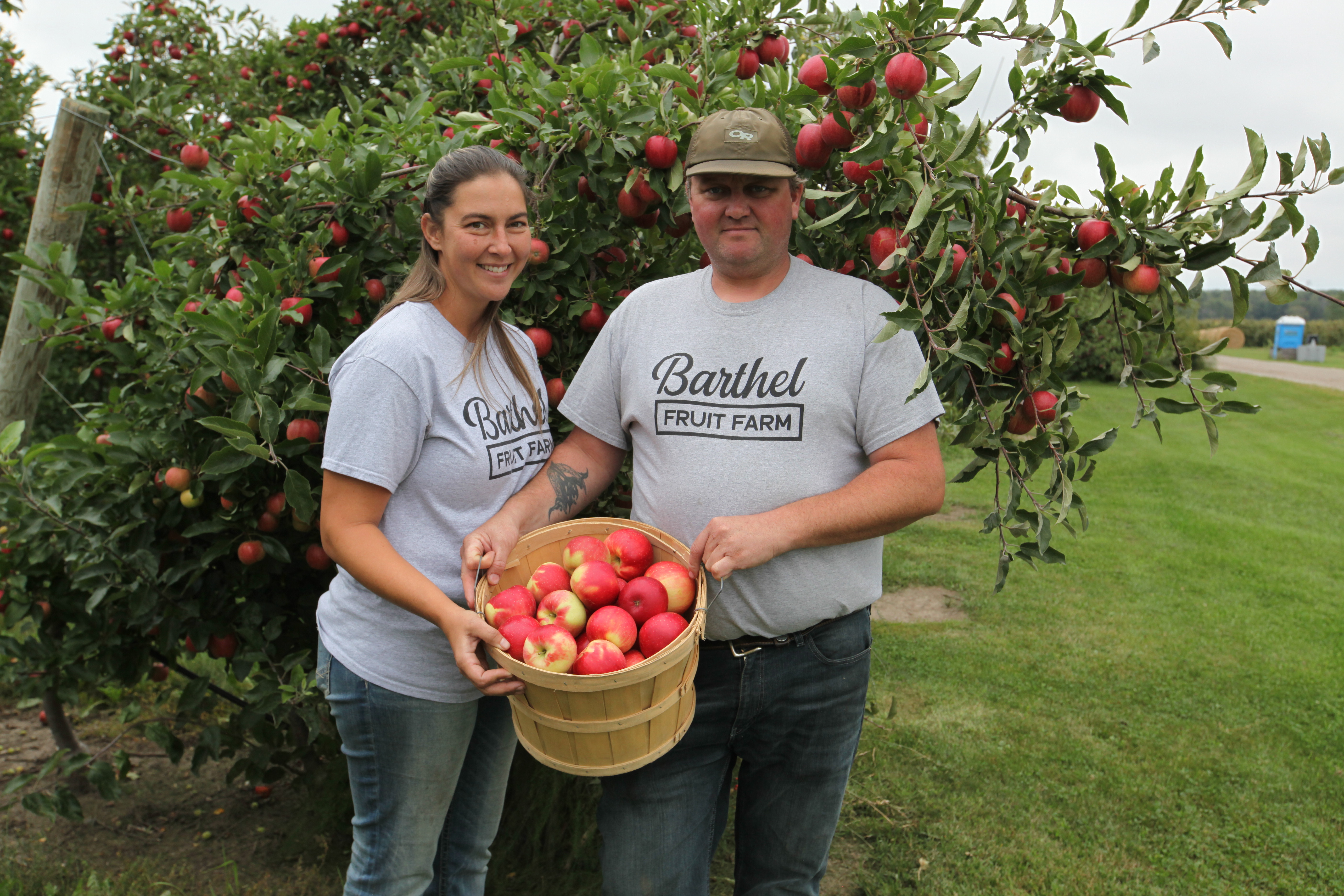 Just about three miles west of our Mequon store sits Barthel’s Fruit Farm. Established in 1839 (before Wisconsin was even a state!) by German immigrant August Barthel and his family they created a new home for themselves farming and raising dairy animals but August was better known for his interest in apple orchards and tree grafting.

In 1907 August’s son, Joseph, purchased a farm next to the homestead and planted a new orchard. The Barthel’s continued to produce dairy products and fruit until 1956. At that time, Joseph’s son, Armin Barthel and his wife, Nora, decided to expand their fruit-growing operation and sold off the dairy business. The orchard was expanded, and strawberries were added.

In 1978, Armin’s son, Bob Barthel, bought the business about the same time he began selling his delicious varieties of apples to a little co-op we know called Outpost. And Bob and his partner Nino kept our shelves full of Galas, Zestars, Honeycrisps and more for nearly four decades.

In 2019 Bob and Nino retired to travel and sold the business to Jeff and Sue Knudsen.  Sue grew up down the road from the farm and started working there when she was twelve until she went to college.  While studying at the Connecticut Culinary Arts Institute she met Jeff who was attending college for diesel technology. Jeff, a Vermont native, moved with Sue back to the great state of Wisconsin where they were both looking for a career change and started working at Barthel’s together. Soon they became the farm managers and eventually ended up moving onto the property with their two children. It was Sue’s idea to add the bakery in 2016 and Jeff is looking forward to applying an updated farming system that is more sustainable—environmentally, economically, and socially.   Together they hope to continue to bring you a fresh tasting, healthy, and high-quality fruits for many years to come.