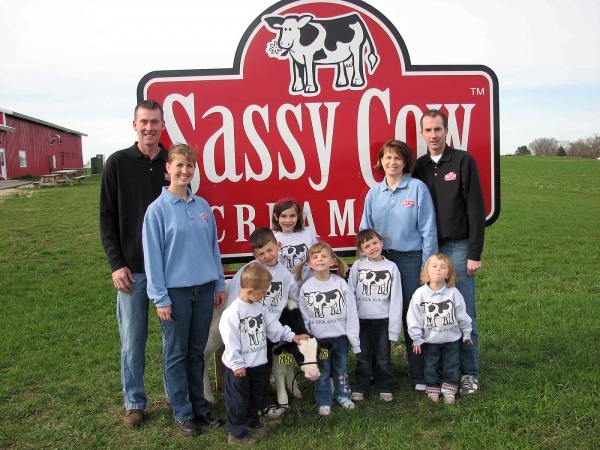 James Baerwolf and his brother, Rob, learned the dairying business growing up on the dairy farm their parents operated north of Madison. The brothers are farming land their grandfather started farming in the mid-1940s.

From growing the crop that they feed their herds, to milking and bottling, the brothers do it all. Four years ago, they opened Sassy Cow Creamery, where they bottle the milk from their dairy herds.

James said that running his own operation provides the flexibility of taking things in whatever direction he decides he wants to go. But dairying isn’t without its challenges, James said, like keeping track of all the details and managing all the costs, not to mention all the hard work required to maintain two herds.

A lot of work goes into producing a gallon of milk. In addition to milk, the Baerwolf brothers also produce a few other things including ice cream, heavy cream, and a little cheese. The biggest difference between this dairy and others is the fact that James and Rob own, and care for, their own cows.

No other milk but the milk from their cows gets used at their creamery. The brothers only plan for the future is getting better at what they’re doing and growing a little. You can find Sassy Cow Creamery products at your favorite Outpost.