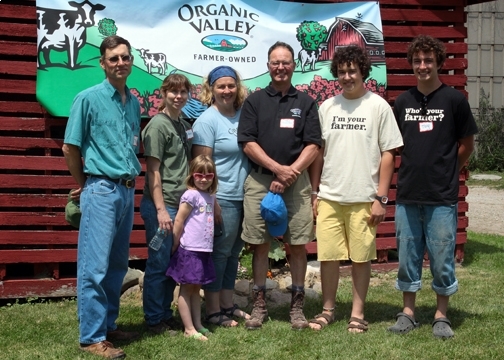 It began in the late 1980s, when a small group of farmers in southwest Wisconsin came up with an idea to create a cooperative and confront that decade’s farm crisis head on. They wanted to save family farms in the area by creating the Coulee Region Organic Produce Pool, a farmer-owned cooperative. From that humble beginning, CROPP eventually became Organic Valley, a multimillion-dollar organic food company with more than 1,700 farm families supplying everything from fresh produce and meat to milk and eggs. It is now the largest organic farming cooperative in North America with farmer-owners in 33 states and four Canadian provinces. Despite Organic Valley’s growth, it remains true to its roots. Part of the co-op’s success is due to the fact that the farmer-owners pay themselves a stable, sustainable price, which is set by a farmer board of directors elected by the membership. “The success of Organic Valley proves that organic agriculture can be a lifeline for America’s struggling family farms,” says George Siemon, Organic Valley’s CEO. “In an era of rising and falling agricultural prices, Organic Valley farmers can count on a stable, living wage to stay in business on their land.” You can find a wide selection of Organic Valley products at your favorite Outpost.