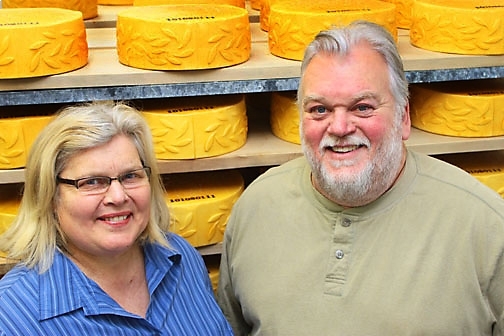 Elise Klessig-Heimerl describes cheese the way most people might. The cheeses made at her family’s cheese company, Saxon Homestead Creamery, lend themselves to the more traditional descriptors. The gouda, called Big Ed’s, is creamy and buttery, a flavorful mild cheese. The award-winning Green Fields, a monastery-style, washed-rind cheese, is the company’s 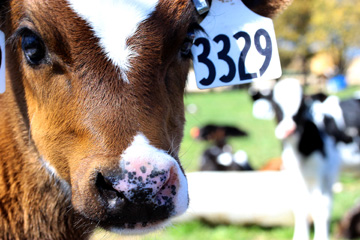 But Klessig-Heimerl’s words eventually betray a deep personal affection for her company’s cheeses. Saxon’s cheddar, Pastures, is a two-year cheddar, full, rich-flavored and semi-firm. “We’re almost out of her,” says Klessig-Heimerl. That’s right, she said her.

“When she’s younger, she tastes more benign. She tastes deeper and richer the older she gets,” Klessig-Heimerl says.

At Saxon Homestead Creamery, the company she started with her husband, Jerry Heimerl, and her brother, Karl Klessig, the cheeses aren’t just products, they’re like children. And the children, as Klessig-Heimerl explains, are all girls. 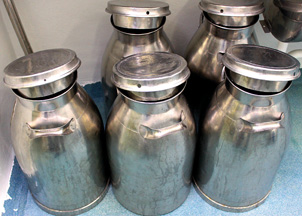 “It’s a female product. It’s our first food, milk. Why wouldn’t you call her ‘she’?” she asks.

In a little less than four years, Klessig-Heimerl and her family have turned the milk from their grass-fed cows into award-winning cheeses and continued a farming tradition started by Klessig-Heimerl’s German ancestors. The family took over the farm from Klessig-Heimerl’s late father, Ed, who has a cheese named in his honor.

The family still farms the land Ed Klessig farmed for decades in and around Cleveland, a tiny town just a stone’s throw from Lake Michigan, between Sheboygan and Manitowoc. Like their father, Elise and Karl wanted to create something they could pass on to their children. 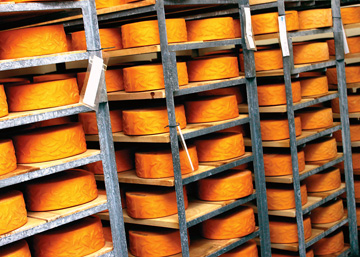 Elise and Jerry raised five children of their own. Now they look after the cheeses they make like they’re children. “It’s like raising children. You have to grow ‘em. They’re so similar,” Jerry says. “It begins at the beginning. You know the cheese you’re after.”

The cows at Saxon Homestead Farm, a Holstein cross, are out on grass from May through the middle of November. That’s a huge part of the young company’s success.

“It all starts with the sun and the soil. We forget to give the old boss credit,” Elise says. “When you have cows on grass and you’re making an aged cheese, you’re loading the gun for flavor. Take away either one of those and you lessen the flavor.”