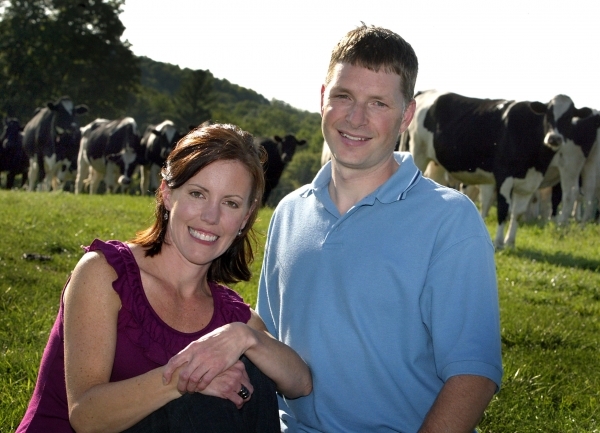 Terry Homan didn’t accept what the industry thought of the small, family dairy farm. In the industry’s words, these farms were “terminal,” not viable for the future.

As a large animal vet, Terry, one of the founders of Red Barn Family Farms, learned first hand the kind of excellent animal husbandry that occurs on these farms and how that ultimately affected the quality of the milk they produce.

Terry became increasingly convinced of the value of small, family farms. He wanted to do something to help sustain these types of farms into the future. In 2008, Terry and his wife, Paula, started Red Barn Family Farms. Currently, eight small Wisconsin family farms produce rBGH-free milk and cheese for the company.

The owning family members must do the majority of the feeding, milking and caring for the animals. Red Barn farms are the only dairy farms in the Midwest to be American Humane Certified.

Terry and Paula challenge the commonly held notion that “milk is just milk.” “We believe that milk doesn’t need to be a commodity, that in fact, there is an intrinsic link between the health and care of dairy animals and the quality of the milk that they produce.”