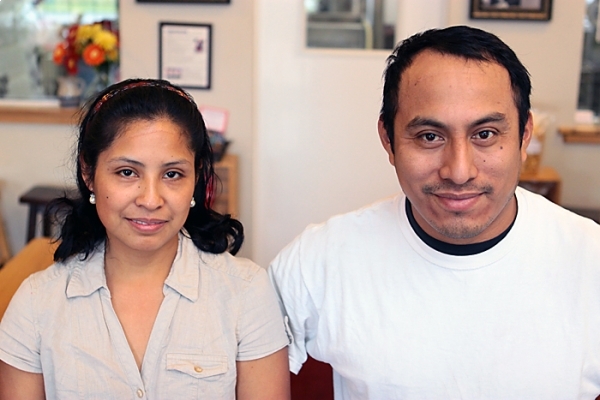 Growing up in Mexico, Cesar Luis learned to make cheese by watching his grandmother. She had a few cows and used the milk to make very small batches of cheese. She taught Cesar everything.

When he moved to Wisconsin, Cesar worked on farms. After a while, he realized he wanted to start making cheese again. He wanted to improve his English first, so he attended Milwaukee Area Technical College.

Then he went to Madison where he took cheese-making courses in order to get his state license. In 2008, he started making his first batch of cheese. That same year, he started Cesar’s Cheese with his wife, Heydi. Together the couple makes several cheeses, including a traditional Oaxacan cheese and a queso fresco, a traditional Mexican cheese.

Cesar and Heydi make their cheese at Sassy Cow Creamery in Columbus, Wis., with Sassy Cow’s rBGH-free milk. Cesar believes that’s one of the reasons for his success — he gets the freshest milk every morning he makes cheese.

“I do my best when I make a batch of cheese. I use all natural ingredients, the highest quality possible. I think that’s what makes it stand apart from other companies.” You can find Cesar’s Cheese at your favorite Outpost.