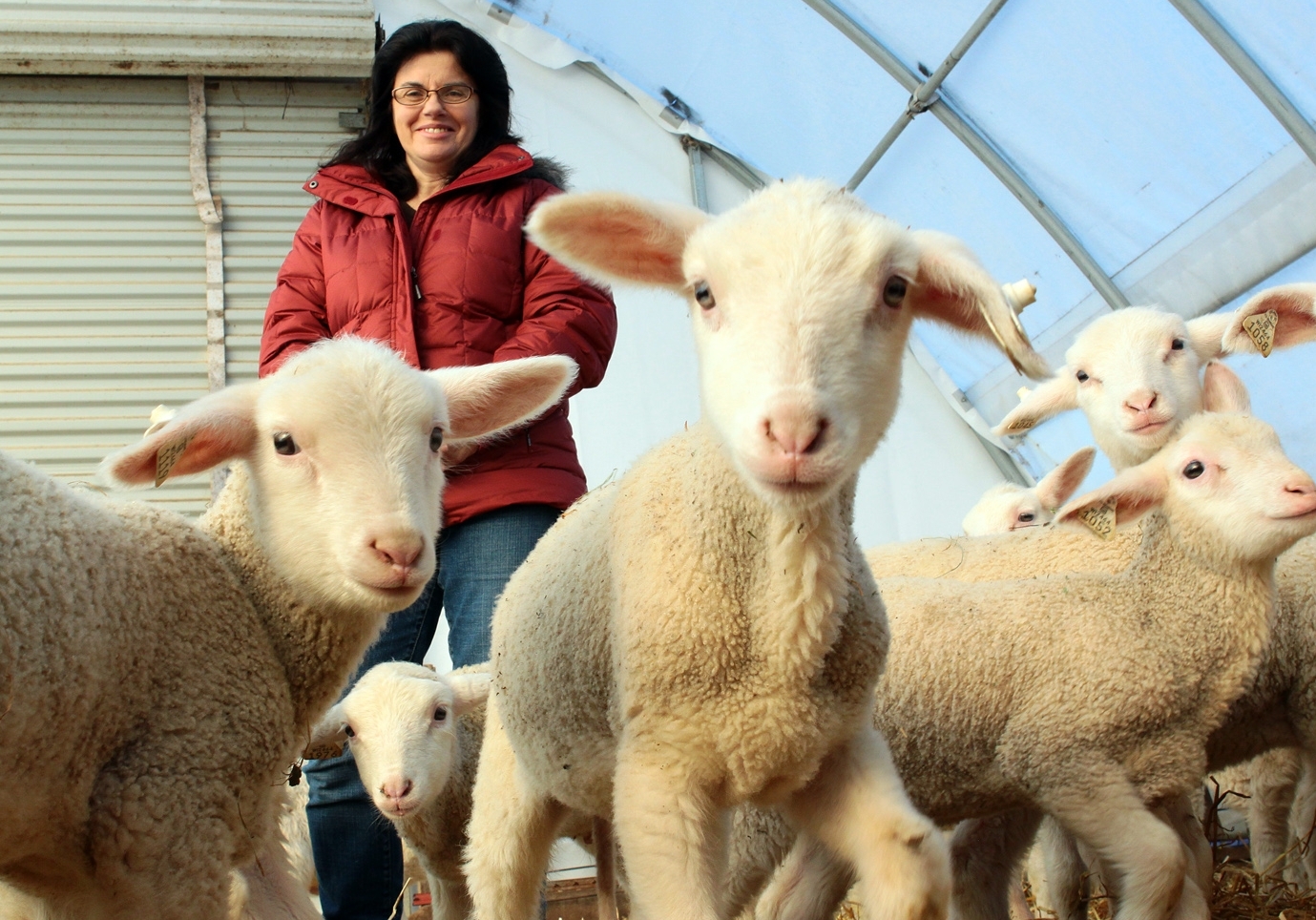 It’s humid inside Brenda Jensen’s cheese room. Outside it’s cold, February cold, but inside it’s warm and wet. It’s a cheese making day at Hidden Springs Creamery. The sheep have been milked, but that’s just the beginning.

Once the whey has separated from the curd, Brenda reaches into the separating tank. She cuts a large block of curd, between 20 and 30 pounds, and heaves it onto a stainless steel table. Then she cuts it and parcels out smaller chunks into round, 4-pound plastic molds. She does this again and again, until the curd has been used up.

All the while, she’s training a new employee, walking him through the finer points of her craft. She might sound like a lifelong cheesemaker, but everything Brenda Jensen knows about cheese, she has learned in the past five years.

And before she could do that, Brenda and her husband, Dean, had to learn how to raise sheep.

Of the three main milk-producers, sheep produce the least. What sheep lack in volume, they make up for by producing milk that has the highest amount of butterfat and solids. Instead of resulting in a more fattening cheese, the presence of more solids means cheesemakers can make more cheese from the same amount of milk. You can get one pound of cheese from 10 pounds of cow’s milk; all it takes is about 4.5 pounds of sheep’s milk to make a pound of cheese.

Ask her what she like’s best about working with sheep’s milk and she’ll tell you, “The flavor. Sheep milk is so nutritional, higher in protein and butterfat.”

The couple got their start farming in Richland Center, where they raised their family. Then they bought the land in Westby, surrounded by one of the state’s largest Amish settlements. The couple works with several Amish farmers.

However, a lot of what they do, they do themselves. Dean still works as a mental health counselor in the community. Brenda left her job in management to make cheese full-time.

They make a lot of cheese in this part of the state, so Brenda tapped into the network of cheesemakers in order to learn some basics and rented space at the creamery in nearby Westby. She still makes herself chuckle thinking about her first attempt at making a batch. She didn’t have enough milk to fill the separating tank.

The first cheese Brenda ever made, Driftless, remains her most popular. For an inexperienced cheesemaker, it was an easy cheese to start with, she said. It’s a simple cheese eaten fresh, shortly after it’s made, unlike hard cheeses that are aged. The cheese closely resembles chevre, which is made from goat’s milk.

Brenda makes several different varieties of Driftless, including savory flavors like basil and olive oil, sweet flavors like cranberry and cinnamon, and seasonal flavors like pumpkin. Adding flavors to the cheese made it easier to get customers to try it when Brenda sampled it at farmers’ markets. Brenda also makes four other cheeses, including a blue cheese and a feta.