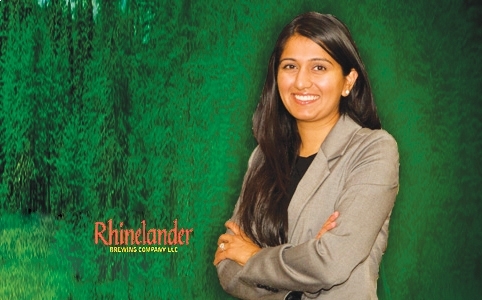 Back in 1892, in the north woods of Wisconsin, Otto Hilgerman and Henry Danner started a brewery in the city of Rhinelander. The city had only been around for 10 years, but the lumber industry there was booming and there were many thirsty workers.

The brewery and its beer were an instant success. While the owners have changed, Rhinelander beer, of one kind or another, has been made continuously ever since, except for a brief lull during Prohibition.

All four beers are sold in 22-ounce bombers. The company’s main office is located in Rhinelander, but Rhinelander beers are brewed down south in Monroe under a contract with Minhas Craft Brewery. Some day, Auluck hopes to get the company to a point where it is economically feasible to build a brewery in Rhinelander. You’ll find Rhinelander Brewing Co. beers at your favorite Outpost.