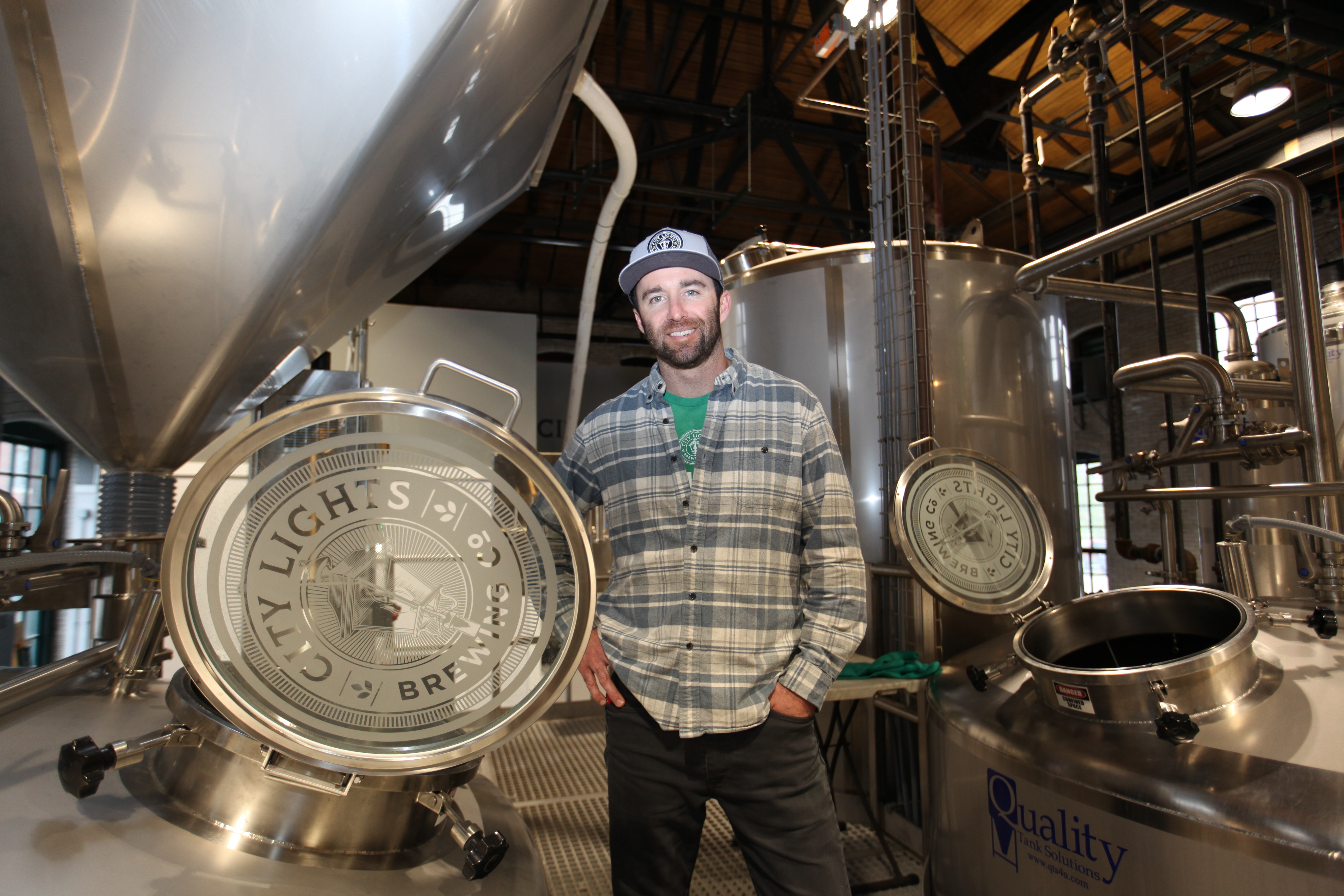 Really knowing your product means putting years of research into it. For Jimmy Gohsman, head brewer at City Lights Brewing Company, that meant years of beer sampling (a cross to bear but someone has to do it). He got his first real taste of the craft brewing scene in Colorado and then Vermont and brought that knowledge back home to Wisconsin, all the time honing his brewing skills and designing recipes as a home brewer. Those days are over now.  “Going from five gallons to 1100 gallons was kind of a jump,” Jimmy tells me at his spacious and stunning brew pub in the Menomonee Valley.

Success didn’t happen overnight. Jimmy and his brothers began with a small brewing operation in Black River Falls, Wisconsin where they got their feet wet in the industry by working out recipes, making contacts and laying the ground work for City Lights (the brewery’s name comes from the former Milwaukee Gas Company building that once powered Milwaukee’s city lights and now houses both their pub and distribution operations).

Jimmy tells us he’s proud to be a part of the Brew City’s renaissance. “I think it’s been a long time coming. The city was built on beer and got away from that for a long time. There’s a lot of awesome beer available now and I think the people of Milwaukee need that and they want that. I think with all the breweries here it leaves no room for complacency. There’s a lot of options so it’s forcing the local breweries to come out with new beer, awesome beer, quality beer and consistently good beer.” We’ll drink to that.