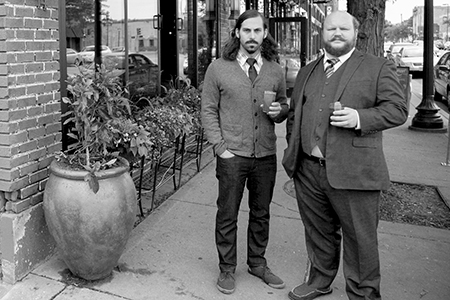 Bittercube was founded by Nicholas Kosevich and Ira Koplowitz in 2009.

After successful stints at Town Talk Diner (Nick) in Minneapolis and The Violet Hour (Ira) in Chicago, they began developing, formulating, and tweaking the lineup that is now the six varieties of Bittercube Bitters. The first larger batches began maceration in July of 2010, and since then the business has grown to distributed in more than 25 states around the country.

The process is different for each style of our bitters, with batches going through various phases on their way to completion, taking anywhere from two to five weeks depending on variety. Bittercube has grown from humble beginnings, starting with creating one gallon jars of bitters and growing to now producing batches in large maceration barrels – but the process has stayed the same.