You could shop anywhere. But, if you’re a member of Outpost, you probably know you’re part of something different. Something special. But, have you ever wondered why our stores operate so differently from the competition?

It’s because we have principles. Seven of them, to be exact. And those principles drive everything that we do. As we gathered for our annual Outpost Board retreat this past Friday and discussed potential scenarios for the future of our cooperative, I got to thinking about what really makes our cooperative special.

Here are six reasons why being part of Outpost really matters. 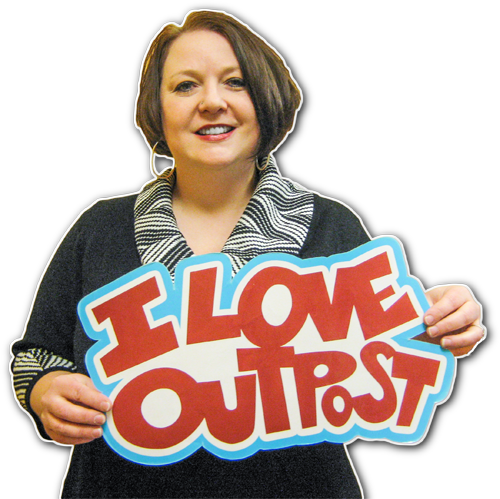 1. Unlike most businesses, co-ops are democratic. They’re owned and controlled by their members, who can vote for how they’d like their cooperative business to be run. That means that members contribute equitably to, and democratically control the capital of the cooperative. As board members, it’s our job to enact decision-making that keeps the best interest of owners and the cooperative in mind.

2. Cooperatives promote equality. Because they’re democratic, co-ops strive to make communities and economies more just and equitable. By their nature, they’re based on principles of equity and inclusion, not exploitation and greed. Co-ops are open to anyone who benefits from their services and are willing to accept the responsibilities of membership, without gender, social, racial, political or religious discrimination. In fact, throughout history, cooperatives have offered up economic and social benefits for a variety of groups including women, African-Americans and farmers throughout the world.

3. Co-ops are as local as you can get. Because cooperatives like Outpost are owned by local people, they naturally give back to the local economy and community. According to a study “Healthy Foods Healthy Communities: The Social and Economic IMpacts of Food Co-ops,” the economic impact is impressive: For every $1,000 a shopper spends at their local food co-op, $1,604 in economic activity is generated in their local economy—$239 more than if they had spent that same $1,000 at a conventional grocer.

4. Cooperatives are powerful. In good times and bad, cooperative principles form the foundation for resilience and empowerment among their members and within their communities. For example, at Outpost, our role is not only to provide a simple grocery store in our community. Rather, our work must also include empowering and mobilizing communities in need of healthy food and economic justice. That’s why projects like the Outpost pilot store at the Wellness Commons in Lindsay Heights are so important.

5. We are everywhere. If you open your eyes, you’ll glimpse an international movement of international co-ops, including organizations for housing, childcare, finance, energy and retail (among others). Here in Milwaukee, we have a nice cross-section of cooperatives including REI, The Riverwest Public House, a variety of credit unions and, Outpost Natural Foods, of course.

6. The co-op model has stood the test of time. Formally, the first cooperatives took shape in the 18th century, and they’ve been going strong ever since. Cooperatives are resilient because members share the benefits in good times and the burden in hard times. In turn, co-ops are drivers for change -- working for improvement of both the economic and social landscapes and providing an alternative to corporations -- making them integral in the fight against modern day issues including income disparity, outsourcing and high unemployment rates. In short: co-ops work.

Why do you choose to shop at Outpost? Tell us in the comments!