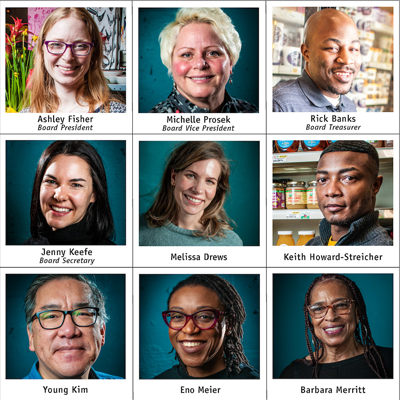 Over the last few years, I’ve become intensely curious about the rapid economic, social, and cultural changes that are occurring in our country. In this post, I want to relate these changes to how cooperatives fit into our lives. I want to discuss cooperatives not as vehicles for deliverables, but as centers of community.

I’ve been a fan of cooperatives for a long time, but I’m not one of those folks who thinks they’re an end in themselves, or represent some utopian ideal. I do, however, think that they can help address the increasing loneliness, disenfranchisement, and economic insecurity of our modern world.

This last weekend I was listening to an NPR show, To the Best of Our Knowledge, that discussed a campaign to buy Twitter and turn it into a co-op. The show specifically referenced community ownership of the Green Bay Packers as an example of what a difference local control can make. The guest’s position was that the organization benefited greatly by being community-owned, and that it then enjoyed much greater community support.

The discussion of a cooperatively-owned Twitter brought to mind a couple of books I had read about recently:  Alienated America, and The Third Pillar. The common thread in all of these is the social breakdown that happens in an increasingly globalized economy, combined with a massive transfer of power to a centralized government, and then topped off with a decline in the influence of local civic institutions. Outpost, and other cooperatives, push back on this trend.

Much of the work we do on the board really can be summed up as focusing on how to make Outpost more relevant in the lives of our owners. This is to be distinguished from simply selling more stuff, or making more money. What makes a cooperative different is that it really is a civic institution – not, of course, in the way that a church or school is, but it still brings us together. When we show up, we do so almost as if part of a family.

We trust local institutions more because we have more control over them, and because they tend to reflect our values. That’s why democratic control, even as an organization gets large, is so important. Because Outpost is accountable to its owners, it necessarily serves its owners better. And in the process, it provides some of that glue that binds us together.